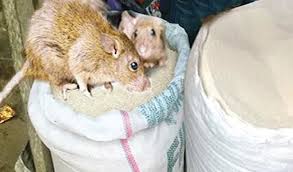 No fewer than 54 deaths have been recorded across Nigeria in the seven weeks of the Lassa fever outbreak which hit the country early 2018.


The Nigeria Centre for Disease Control (NCDC) in its weekly epidemiological report for week seven, released on Wednesday, disclosed that a total of 913 suspected cases of the disease have been reported across 17 states. The states are: Edo, Ondo, Kogi, Ebonyi, Bauchi, Plateau, Gombe, Kaduna, Taraba, FCT, Oyo, Delta, Nasarawa, Anambra, Osun Benue and Lagos

According to the health agency, 272 cases of the disease have been confirmed positive and 54 deaths recorded, giving a case fatality rate of 21 per cent.

Some of the states most affected by the outbreak are Edo, which has recorded the highest number of suspected cases, Ondo and Ebonyi. Most of the patients are also being managed in the three states.

According to the agency, the most critical aspect of an outbreak response is coordination of all activities.

Since the outbreak of the disease, response activities have been carried out in all affected states and coordinated nationally by NCDC, the report stated.

The report also stated that Emergency Operation Centres (EOC) have been set up in states where outbreaks have been reported.

“The EOC serves as the command centre for all activities during the outbreak,” the report stated.

The members of the EOC are drawn from various ministries including the ministries of agriculture and environment as well as partner agencies.

The NCDC has also provided support for all testing laboratories with provision of reagents and other consumables.

The first Lassa fever case this year was confirmed in Ebonyi State when four people including three health workers died from the disease.

Health workers are most times secondary victims who get infected while treating patients with the disease.