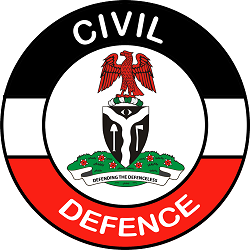 
NSCDC Muhammadu gave the warning while inaugurating “Operation No Mercy for Illegal Private Guard Companies in Nigeria”. He said that a lot of individuals and organisations had unfortunately fallen to their illegal activity. The commandant-general, who was represented by an Assistant Commandant-General, Ms Helen Amakiri, noted that engaging illegal security guard companies would pose security risks to their businesses and even lives. He enjoined the public to contact the Corps in the course of engaging the services of private guard companies if in doubt.

The NSCDC boss solicited the cooperation of the public in getting useful information on the activities of the illegal private guards. “Private guards companies operating illegally in the country should know that it’s no longer business as usual and that their days of illegality are numbered. “This operation became necessary because of the issue of insecurity in the country as well as the loss of revenue.

This also poses the issue of insecurity as guards engaged are not captured in the Corps data base. “NSCDC is statutorily mandated as seen in the NSCDC 2003 and Amended Act 2007, to supervise, monitor, train, regulate, register and recommend to the Minister of Interior for licensing of private guard companies operating in the country,” Muhammadu said.