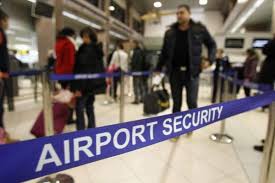 Airports are major gateways to any country or geographical space. It is therefore expected that in airport management, security, which refers to the techniques and methods used in an attempt to protect passengers, staff and planes as well as other operations of the facility from accidental/malicious harm, crime and other threats of such are taken seriously. Recent reports of alleged attacks on aircraft and stealing of baggage, airplanes break down on the runway have called for the need for the Federal Government to urgently beef up security at the nation’s airports.

Some weeks ago, a private jet conveying two top Nigerian musicians from Uyo, the Akwa Ibom State capital was reportedly robbed at the Murtala Muhammed International Airport (MMIA), while taxiing on the runway. The pilot of the business jet, a Bombardier Challenger 605 jet with registration number T7A00, was said to have noticed that the cargo door had been tampered with by suspected burglars and promptly notified the Federal Airports Authority of Nigeria (FAAN) security. But the burglars had disappeared before FAAN officials could make it to where the attack took place. The incident was said to have happened at about 8:33p.m when the aircraft was slowly taxiing to the arrival hangar.

Similarly, a business jet from Istanbul that arrived the Lagos airport to pick a passenger was also said to have been attacked earlier on the same taxiway of the Lagos airport. It was learnt that many aircraft that arrive and take off from the Lagos airport are not escorted as FAAN has only one escort vehicle for arriving and departing aircraft for the entire airport which handles over 200 flights every day.

On February 6, 120 passengers on board a Dana aircraft were gripped in fear when one of the emergency doors of the aircraft conveying them fell off while landing at the Nnamdi Azikiwe International Airport, Abuja. The incident also happened while the airplane was taxiing to the apron area of the Airport. The passengers and the management of the Airline disagree over the incident. While Dana Air in a statement claimed the door could not have fallen off without a conscious effort by a passenger to open it, one of the passengers insisted that the door panel was lose all through the flight, and described it as an indication of ‘lack of maintenance’. But aside the argument, what could have been the fate of the passengers if the incident happened mid-air?

Also, the Federal Airport Authority of Nigeria, FAAN few weeks ago, had to close the runway of the Nnamdi Azikiwe International Airport, Abuja, for 30 minutes as safety precautionary measures after a private jet, a Gulfstream G200 operated by Nest Oil, skidded off the runway and lost its landing gear in the process. However, no life was reported lost in the near- crash. The closure which lasted for about 30minutes saw flights to the airport diverted to other airports around Abuja. Some incoming flights were said to have been put on hold as the planes hovered around the airport before they were given the clear signal to land. Elsewhere in the aviation world, the issue of security is given utmost priority.

It assumed an unprecedented urgency as terrorists began to target airplanes in their nefarious activities. A good example is the 9/11 attack in the United States of America. Also, considering the fact that airports are considered as international facilities because people of different nationalities use them, it behoves on the authorities to provide a high level security that will guarantee the safety of all. It is from this perspective that we urge the Federal Government to strengthen security at the nation’s airports as recent incidents were not good for the image of the country.

The airport management also should do more to check issues of theft especially at the MMIA as no outsider can come into the airport except maybe people that have been disengaged or workers that are presently working at the airport but who are, in our opinion, disgruntled for one reason or the other.

Security at the airport should also be centralized and technology deployed in strategic areas. However, we commend the effort of FAAN in trying to boost security arrangements in facilities under its supervision by providing new patrol vehicles to augment existing ones.

Culled from: Leadership
Posted by Don Okereke at 6:41:00 am