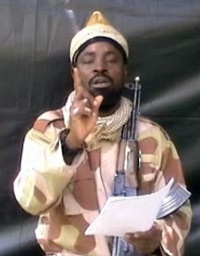 Suspected Boko Haram Insurgents have launched yet another attack on the University of Maiduguri (UNIMAID). Also attacked is a community in Yobe State.

A source told TheCable that a suicide bomber struck close to one of the hostels in the university around 7:50pm on Monday.
Details of the attack are still sketchy.

The insurgents have carried out a series of attacks on UNIMAID. In January 2017, the sect struck in the university killing four people, including an infant and a professor.
Between then and now, the institution has recorded at least five attacks from Boko Haram.

Culled from: The Cable

Similarly, Boko Haram also attacked a Yobe community a while ago.

The Yobe Commissioner of police, AbdulMaliki Sumonu, on Monday confirmed an attack by suspected Boko Haram insurgents on Dapchi, headquarters of Bursari Local Government Area.
Mr. Sumonu confirmed the attack in an interview with News Agency of Nigeria.

“The details are not immediately available, we are still collating the details including the casualties” he said.

The commissioner said security operatives have been reinforced in the area to ensure total security.
NAN gathered that the residents of Dapchi fled the town to seek for safety in the bush.

Zanna Abatcha, chairman Bursari Local Government Area told NAN that the suspected insurgents have already left the town and more security operatives have been deployed to maintain security.
“The details are not known yet because it’s already night, we will get the comprehensive details tomorrow,” he said.