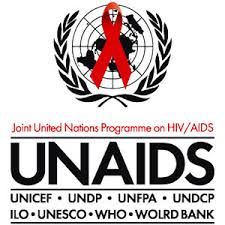 The Joint United Nations Programme on HIV/AIDS (UNAIDS) has reported that Nigeria purportedly has the second largest HIV epidemic in the world and has one of the highest new infection rates in sub-Saharan Africa.
This is just as it said 720,000 Nigerians are on United States PEPFAR-supported HIV treatment with approximately four million Nigerians having received HIV counseling and testing services in 2017 alone.

The acting Public Affairs Officer of the United States Consulate, Kevin Krapf, made this disclosure during the commemoration of the 2017 World AIDS day held in Lagos.


The commemoration was organised by the consulate in collaboration with the Lagos State University College of Medicine (LASUCOM) led by the Provost, Professor Babatunde Solagberu.
With the programmed theme: ‘Increasing Impact through Transparency, Accountability and Partnerships’, Krapf said it reflects the US government longstanding leadership in addressing global HIV/AIDS, increasing our impact to move epidemics from crisis toward control.


He said: “It also highlights the historic opportunity to accelerate progress toward controlling, and ultimately ending the HIV/AIDS epidemic as a public health threat in countries around the world.
“Finally, it emphasises the critical role of transparency, accountability, and partnerships in reaching these goals.


“According to the Joint United Nations Program on HIV/AIDS (UNAIDS), Nigeria has the second largest HIV epidemic in the world and has one of the highest new infection rates in sub-Saharan Africa.
“Many people living with HIV in Nigeria are unaware of their status due to insufficient recommended number of HIV testing and counselling centres.


“Low access of antiretroviral treatment remains an issue for people living with HIV in Nigeria, and I welcome the new commitment of the Federal Government of Nigeria to use domestic funds to provide antiretroviral drugs to an additional 50,000 people living with HIV each year.
“The US government, through PEPFAR, has helped not only to save and improve millions of lives, but also transformed the global HIV/AIDS response.


“Currently, more than 720,000 Nigerians are on PEPFAR-supported HIV treatment and approximately four million Nigerians have received HIV counselling and testing services in 2017.
“Also, approximately 50,000 pregnant women have received antiretroviral drugs to prevent mother-to-child transmission of HIV.” Krapf added: “We are at an unprecedented moment in the global HIV/AIDS response. For the first time in modern history, we have the opportunity to change the very course of a pandemic by controlling it without a vaccine or a cure.


“Controlling the pandemic will lay the groundwork for eliminating or eradicating HIV which we hope will be possible through the future scientific breakthroughs which will lead to an effective HIV vaccine and cure.
“The US government continues to lead the way in the global HIV/AIDS response. But no one country or entity alone can end the AIDS pandemic.
“We are proud to partner governments, the private sector, philanthropic organisations, multilateral institutions, academic institutions, civil society and faith-based organisations, people living with HIV and many others in this project.


“Through this collective effort, we also expect to reduce the future costs required to sustain the HIV/AIDS response.”
It further said: “To accelerate progress toward HIV/AIDS epidemic control, PEPFAR continues to leverage the capabilities, assets, and technological know-how of the private sector, creating innovative solutions to complex problems.”


While thanking the Lagos State AIDS Control Agency for conducting a state-wide aggressive campaign, counselling and HIV/AIDS testing through its mobile clinic initiative, Krapf said their​determination to ensure a zero prevalence of HIV in the state aligns with the strategic plan of the President’s Emergency Plan for AIDS Relief.

He also commended the Society for Family Health for providing quality health services to Nigerians, particularly the poor and vulnerable.


Culled from: ThisDay Newspaper
Posted by Don Okereke at 8:01:00 am