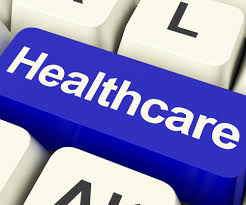 I shoot straight. The essay submits that ‘’Operation Quality Healthcare’’ for Nigerians is as imperative as ‘’Operation Python Dance’’ or ‘’Operation Crocodile Smile’’. It is trite to say that the healthcare system in Nigeria is to say the least, comatose and not fit for purpose. Scores of Nigerians die incessantly from preventable, curable diseases while political leaders and affluent Nigerians embark on ‘’medical tourism’’ to treat mundane health challenges that can be treated in Nigeria.
It is safe to conclude that these well-off Nigerians have no iota of confidence in Nigeria’s healthcare system and medical professionals. The quest for greener pastures and improved wellbeing is the reason scores of Nigerian are traded as slaves in Libya. It accounts for why 26 Nigerian girls perished in the Mediterranean Sea en route Europe recently. It is profoundly hypocritical hearing privileged Nigerians in corridors of power press Nigerians in abroad to return to home whereas they journey abroad for quality medical treatment.

Pathetic Aso Rock Clinic: Benchmark of Nigeria’s Pathetic Health System
The Aso Rock Clinic domiciled in Nigeria’s presidential villa, provides health care treatment for Mr. President, Vice-President, their families, top civil servants working in the Presidency and other notable dignitaries. Punch Newspaper reports that, ‘’despite the N3.87bn allocated to Aso Rock Clinic in the 2016 federal budget, lack of drugs and other essential medical items have crippled operations at the State House Medical Centre’’. President Buhari’s wife, Mrs. Aisha Buhari recently narrated how she rang Aso Clinic when she was sick to find out if the medical facility has an X-Ray machine but was told that the equipment was not functional. Mrs. Buhari says she had to go to a ‘’hospital owned and operated by foreigners 100 per cent to receive medical treatment’’. If Nigeria’s presidential clinic lacks X-ray machine and basic drugs, imagine the situation in medical facilities in remote parts of Nigeria.

Troubling Medical Statistics In Nigeria
During the commemoration of the 2017 World Heart Day, the National Coordinator of ‎Non-Communicable Diseases, Dr. Nnenna Ezeigwe asserts that 150,000 Nigerians die annually as a result of heart-related diseases. She says the number is expected to increase to 23 million by the year 2030 if adequate measures are not taken. The United Nations Population Fund, UNFPA, estimates that Nigeria loses about $1.5bn in productivity to maternal mortality every year. Nigeria’s Minister of Water Resources, Suleiman Adamu, opined during a news conference to commemorate the 2017 Global Handwashing Day, that ‘’59,000 children in Nigeria die yearly of water-related diseases ‘’. Over 100 million clinical cases of Malaria are recorded in Nigeria; the disease kills 300,000 children annually. The Executive Director, Centre for Healthy Star Initiative and Global Burden of Disease Collaborator, Dr. Bolajoko Olusanya says Malaria is the leading cause of death in Nigeria followed by HIV/AIDS with 143, 689 deaths, while diarrhea became the third top cause of death with 131,873 deaths. Also, Dr. Biodun Ogungbo, neurosurgeon with the group, Stroke Assembly asserts that, ‘’ as much as 200,000 Nigerians are killed or disabled by stroke each year’’. He says half of stroke patients in Nigeria die each year while the rest become disabled. Speaking during a screening/awareness exercise organized by St. Nicholas Hospital for schools in Lagos in 2016, erstwhile President of the Nigerian Association of Nephrology, NAN, Dr. Ebun Bamgboye, asserted that Nigeria has one of the largest burdens of kidney disease in the world. About 17,000 kidney failure cases diagnosed annually in Nigeria and less than 2,000 have access to dialysis. Nigeria is said to have a ratio of 1 Nephrologist to 1 million persons. In 2015, the former United States Ambassador to Nigeria, James Entwistle, opined, ‘’no fewer than 40,000 maternal deaths are recorded in Nigeria yearly’’. Mr. Entwistle went further to say that, “The excessively high maternal, neonatal and under-five death rates are reflections of inadequate availability and access to quality health services’’. To appreciate the terrible state of healthcare in Nigeria, find time to peruse parts one and two of a Premium Times research by Ebuka Onyeji titled: ‘’INVESTIGATION: The terrible state of Nigeria’s Primary Healthcare Centres’’.

The Booming Medical Tourism Drain
It is immensely embarrassing that the self-acclaimed giant of Africa – Nigeria cannot boast of quality, accessible healthcare for its citizens hence the penchant for well-to-do Nigerians to travel abroad for quality Medicare. Nigeria’s Minister of State for Health, Dr. Osagie Ehanire says Nigeria spends over $1bn annually on medical tourism. Ehanire believes that ‘’spending such a huge amount of money for treatment abroad was not good for the nation’s economy’’. Sometime in October 2017, Nigeria’s Minister of Education, Professor Anthony Anwukah was flown to the United States for medical treatment. November 2017, Nigeria’s second Republic Vice-President, Dr. Alex Ekwueme, was also airlifted abroad for medical treatment but unfortunately he didn’t make it. Perhaps this is also a pointer that being flown abroad for medical treatment is not necessarily a hedge against death when death is imminent. Recall that President Buhari left Nigeria on May 7 and returned to Nigeria on August 19, 2017 after spending 103 days receiving medical treatment in London. On December 1, 2016, the Chief of Staff to President Buhari, Abba Kyari, was reportedly rushed to London’s Wellington Hospital on a British Airway flight for medical treatment. Former military President, General Ibrahim Badamasi Babangida (rtd) returned to Nigeria on December 18, 2016 after a seven-week medical vacation in Switzerland. The list is endless! South Africa’s Minister of Health, Aaron Motsoaledi mocked African leaders who seek medical treatment outside the continent. While we don’t begrudge private citizens who opt for foreign medical care from their purse, I think it smacks of arrant hypocrisy, insensitivity and inequality that our elected officials embark on medical tourism abroad at the expense of tax payers while preventable, curable diseases snuff out life out of hapless Nigerians.

Speaking recently during the launching of a book titled: ‘Financing Universal Health Coverage in Nigeria’, legal luminary, Mr. Femi Falana posited that ‘’President Muhammadu Buhari’s medical treatment abroad constituted a gross abuse of the rights of the less-privileged and underscored the pervasive inequality among Nigerian citizens’’. In Falana’s words, ‘’it is unfathomable that the president and other top Nigerians like the late Vice President, Dr. Alex Ekwueme could be hurriedly flown abroad for medical treatments while Nigerian hospitals were being ill-equipped thereby causing death of poor Nigerians who suffer lesser afflictions’’. Mr. Falana further reminds us that, ‘’Section 42 of the Constitution guaranteed the fundamental right of every Nigerian citizen to freedom from discrimination in a manner that no citizen shall be accorded any special advantage over and above others’’.

Conclusion:
It is not only issues that impinge on security that calls for urgent attention, a military offensive or declaration of a state of emergency. It is a truism that poor medical care kill more Nigerians than insecurity. Similar to the plethora military operations launched by this administration, we beseech the Buhari administration to declare a state of emergency on Nigeria’s moribund healthcare system.