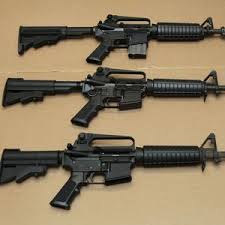 More than 500 firearms a year have been stolen from SA Police Service armouries over the last four years.

She maintains the loss of weapons in this quantity means police "are fuelling the illegal arms trade".

"Thousands of SAPS firearms have been stolen over the last 20 year and are out there in the hands of criminals shooting at the police - and at you and me.

She also points out the high number of missing firearms goes beyond the occasional case of negligence and "is evidence of a problem not unrelated to high levels of corruption and criminality in the SAPS".

"It cannot be that the custodians of our safety and security are worsening crime because of gross negligence and poor security measures. This only gives the public less reason to trust the police," she said calling it "unacceptable" and "making it a mockery of the fight against crime".

She plans to ask Police Minister Fikile Mbalula to order a full audit of all SAPS firearms.