Reign of Criminals In Lagos State: Whither Security Agencies? 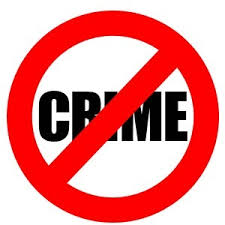 In yesterday’s issue, the report focused on how government and security agencies had risen to the challenges of insecurity in the state. Today, it presents accounts of the bizarre killings in Ikorodu by the Badoo cult group.


THE  gangsters aresometimes employed to settle scores of various types and used as foot soldiers by some very important personalities in the society. Identified groups include ‘Aye,’ ‘Eiye,’ ‘Awawa Boys,’ and ‘One Million Boys’.

Two groups-‘Owonikoko and Happiness’ are made of members with ages between 10 and 14 years”. He also informed that 486 robbery suspects were arrested while 46 of them were killed during confrontation with the police, adding that 38 suspected kidnappers and 181 other suspects were arrested in connection with cultism and street fights.

When compared to year 2017, kidnap might be higher than last year’s going by the number of cases so far recorded. But a new twist was introduced to the kidnap saga towards the end of 2016 following its extension to schools.

The first attack was launched at Lagos Model College, Igbonla, Epe, following the abduction of a vice principal and four students. Kidnappers’ next port of call was the  Nigerian-Turkish International school , Isheri, Lagos where three members of staff and five students were abducted in January 2017. They were, however, released 12 days later after ransom was paid.

Students and staff of Lagos Model College Igbonla were still smarting from the kidnap ordeal when the unwanted and dreaded visitors struck again in May 2017. This time around, they made away with six students whose whereabouts are still unknown.

But Police authorities in response to the barrage of attacks against their perceived poor performance profile said they had made some breakthrough in the fight against criminality in Lagos State. For instance, the police noted that they had been able to arrest suspected kidnappers that masterminded the Turkish school kidnap where N1.2 million, being part of the ransom collected, was recovered from one of the suspects.

Former Force Public Relations Officer, Don Awunah, gave the names of the suspects as Bekewei Agbojule aka “Prince Yellow”, Philip Joel Kakadu aka “General Kakadu,” a militant leader, Romeo Council aka “Raw” and Totki Okoda(the informant) who resides in the creeks behind the school at the Ijaw fishermen settlement (he provided information for the gang about the school and the victims).

According to him: ”The IGP’s Intelligence Response Team, IRT, working in synergy with the Tactical Intelligence Unit, TIU, of the Nigeria Police Force in a joint operation supervised by AIG Kayode Aderanti, AIG Zone 2, Lagos successfully smashed the notorious kidnap gang and arrested four   vicious kidnappers who are active members of the gang.”

Aside this arrest, there had reportedly been several others , among which was the widely reported and celebrated arrest of the kidnap kingpin, Chukwudi Onuamadike, popularly called Evans who confessed to have been responsible for several abductions of Lagos residents.

A senior police officer who spoke on strict anonymity informed that much were being put in place to tackle crime in Lagos State, even as he lauded the efforts of the state government in this regard. He further stated that a security meeting between all security agents in the state usually holds every week where notes are compared and areas where more efforts are needed to be stepped up are highlighted.
Noting kidnap as a worrisome trend in the state, the senior Police officer added, “All hands are on deck to fight this menace. The Police have been able to make a number of arrests as well as work in synergy with other security agencies to eradicate this. The latest attack on students wasn’t the fault of the Police because the schools are sited close to the river. Besides, security isn’t the exlusive responsibility of security agencies but that of all and sundry.

“The only situation at hand is that of the six abducted students of Lagos Model college, and I can assure you that they would be rescued.

Recall that Policemen led by the Commissioner of Police, Lagos State Police Command, CP Fatai Owoseni, stormed the Ishawo creeks three months ago shortly after the killing of some policemen and an Army Captain. Thirteen suspected kidnapers were arrested during that raid and their camps were destroyed.

“Also, three suspected kidnapers who masterminded the kidnap of the Igbonla students were arrested while on their way to Benin. Several other kidnap attempts have been foiled, while other suspects were arrested and charged to court”.

Crime statistics at Vanguard INSIGHT’s disposal showed that in February 2017, 24 robbery suspects, 19 suspected kidnappers and eight suspected cultists were arrested, with the recovery of 18 different firearms, 26 rounds of live ammunition as well as 22 different exotic cars.

In order to address the crime rate, the Lagos State Police command also embarked on raid of criminal hideouts in the state where over 400 suspects were arrested.

Culled from: Vanguard Newspaper
Posted by Don Okereke at 1:43:00 pm