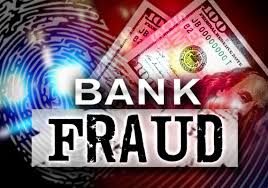 The Central Bank of Nigeria (CBN) has said the Nigeria InterBank Settlement System (NIBSS) recorded over 1,200 per cent increase in reported fraud cases in 2016, estimated at N2.19 billion when compared to 2014 cases.


According to ‘Dipo Fatokun, CBN’s Director, Banking and Payments System Department and Chairman, Nigeria Electronic Fraud Forum (NeFF), in a latest report, the industry processed transactions in 2016 that amounted to 278,744,529, while the value was over N64 trillion.

Despite the 82 per cent increase in the reported fraud cases, with an estimated N2.19 billion loss to fraud, the industry was able to reduce fraud by 2.7 per cent when compared to the 2015 figure, he said.

“Comparing the attempted fraud against the actual loss, the industry was able to salvage 49.7 per cent of the total amount attempted by the fraudsters within the year. These figures informed us that there are more attempts on yearly basis with different innovation tricks or modus operandi to take advantage of the system,” he said.

Looking ahead into 2017, Fatokun said the financial industry as a whole must collaborate to ensure a wider gap exists between the attempted fraud and actual loss, adding the analysis in this report would allow us to benchmark and also understand where the vulnerabilities lie.

Culled from: Daily Trust
Posted by Don Okereke at 5:44:00 am