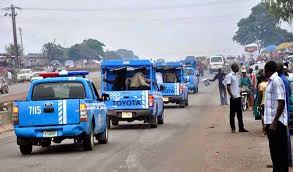 Report indicates that not less than 79,875 cases of road accidents have been reported in Nigeria in the last three years.

Official documents obtained by the Economic Confidential showed that the figure represents the total accidents that occurred between 2013 and 2015.

Out of this figure, a total of 29,494 occurred in 2013 with 13,021 cases reported as fatal, 8,917 cases were reported as serious, while the balance of 7,556 cases were designated as minor according to reports obtained by this magazine with careful analysis.

In the year 2014, the reported cases of accidents amounts to 25,427 out of which 11,665 were fatal, 7,561 were serious and 6,201 cases regarded as minor. The figure for 2014 was however lower than that of 2013 by almost 4000 due to road traffic management sensitisation carried out by the combined efforts of both the police and the Federal Road Safety Commission, FRSC.

Investigations by the Economic Intelligence magazine further revealed that the total number of persons involved in accidents within the period under review reached an all time high of 49,867.

Furthermore, it was also revealed that heavy duty vehicles, minibuses and taxis accounted for most of the accidents with 94.7 per cent of the total accidents.

Image credit: Daily Trust
Posted by Don Okereke at 7:24:00 am