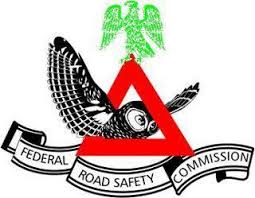 The Federal Road Safety Corp, FRSC, ssays 187 lives were lost in 289 road crashes across the country during the 2016 Yuletide season.


It stated that the crashes which involved 2,185 victims, occurred between December 19 and 27, 2016, adding that 998 people were rescued by the FRSC personnel while 1,000 others sustained varying degrees of injuries.

The Head, Media Relations and Strategy, FRSC, Bisi Kazeem, in a statement on Wednesday in Abuja, stated that 9,619 offenders were arrested for 10,970 offences, adding that 1,426 offenders were arraigned in mobile courts.

He further explained that 1,292 offenders were convicted, five imprisoned, while 129 were discharged.
Kazeem said the Corps Marshal, Dr. Boboye Oyeyemi, commended the FRSC operatives for their commitment and motorists for complying with traffic rules and regulations during the nine-day nationwide patrol exercise along designated routes of the nation’s highways.

Kazeem quoted Oyeyemi as urging the corps’ personnel to remain steadfast in their commitment during the New Year exercise while admonishing motorists to ensure sustained compliance with traffic rules and regulations, proper planning and management of trips through maintenance of their vehicles during the last phase of the patrol exercise.

To further achieve safe road use during the period, he said that the FRSC had scaled up its strategies for effective patrol of the highways, warning motorists and other categories of road users to desist from all road vices such as overloading, speed limit violation, non-use of seat belt, night trips, route violation (driving against traffic), and making or receiving calls while driving.

“The public is also reminded to call the FRSC toll free emergency number 122 and 070022553772 to report any road crash or any other traffic-related challenges, for prompt response,” Kazeem added.

Meanwhile, three days to go in 2016, the FRSC on Wednesday said no fewer than 141 people had so far lost their lives in road accidents in Katsina State in the year.

The FRSC Sector Commander, Alhaji Abdu Bagadawa, disclosed this in an interview with the News Agency of Nigeria in Katsina.

He explained that over 116 road accidents had been recorded while 559 persons had sustained varying degrees of injuries in road crashes across the state.

“It is frightening to record a figure this high to road accidents despite our enlightenment programmes.
“The FRSC has, however, mapped out more strategies that will help to reduce road accidents in 2017,” he said.

He enumerated the strategies to include enforcement of Speed Limiting Device on commercial vehicles by February 2017.

Bagadawa urged road transport associations and other stakeholders in the sector to support the FRSC by sensitising their members to the importance of installing the Speed Limiting Device and the dangers of violating traffic rules.

The Sector Commander also explained that the FRSC had introduced night patrols to strengthen enforcement of traffic regulations.

He said the FRSC would intensify enlightenment programmes in motor parks, markets, schools, mosques and churches as part of measures to reduce road accidents on highways.

Bagadawa urged motorists to always abide by traffic rules and regulations and to desist from using worn-out tyres to reduce the high rate of deaths occasioned by road accidents.