INTERPOL To Integrate Nigeria Security Agencies To Its Database 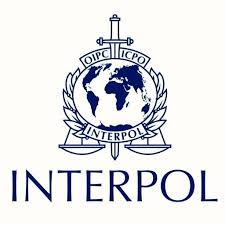 The INTERPOL has agreed to connect the Economic and Financial Fraud Commission (EFCC), Nigerian Drug Law Enforcement Agency, Nigeria Immigration Service, Nigeria Customs Service, and National Agency for the Prohibition of Trafficking and Persons, National Agency for Foods, and Drugs Administration and Control to its National Data Base tool known as I-24/7. The 190-member body agreed to do this on November 14, 2016.


The database can be used for tracking wanted persons, stolen vehicles, artifacts, missing persons and transnational criminals. Interpol also agreed to revive the West African Police Chiefs Committee with its secretariat in Nigeria.

The announcement was made during the 85thInterpol General Assembly held in Bali, Indonesia. The event was attended by the Inspector General of Police, Ibrahim Idris, Director General of NDLEA, Mrs Roli Bode-George, and Comptroller-General of the Nigerian Immigration Service, Mr Mohammed Babandede.
I-24/7, Interpol’s global communications network, established in 2013, allows the National Central Bureau (NCB) to contact other NCBs and directly search a number of databases maintained by Interpol. The  I-24/7 network has been extended through MIND/FIND, a system that allows local law enforcement officers to explore several of these databases without sending their query through their nation’s NCB as a result member countries can easy access to the database.

Nigeria has been a member state of Interpol since October 1959. On August 1, 2016, Interpol and the EFCC arrested a 40-year-old Nigerian, Mike, in Port Harcourt for heading an online fraud network which engineered scams worth more than $60 million. The suspect ran a network of at least 40 people working from Nigeria, Malaysia, and South Africa which used malware to defraud, and he also had money laundering contacts in China, Europe, and the US who provided bank account details for the illicit cash flow. EFCC’s forensic examination of devices showed he had been involved in a range of criminal activities including business email compromise and romance scams.

To have a systematised and precise development program, Nigeria needs valid data to provide insight into the crucial realities of daily living. Now more than ever, it is in no saying that Nigeria has suffered great losses through many forms of insecurity including insurgency and terrorism because it was difficult to ascertain the identity of members of this unethical society. Generally, we have a problem creating and maintaining a functioning database.

If Interpol’s move to connect these security agencies to its database will have maximum effect, this glaring problem must first be dealt with.