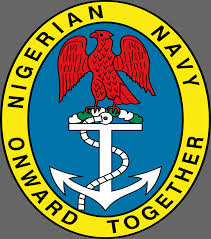 The Nigerian Navy has commenced ‘Operation Sharkbite’ to combat militants and sea pirates operating in the Niger Delta.


The Flag Officer Commanding Eastern Naval Command, Rear Admiral James Oluwole while kicking off the operation yesterday onboard Nigerian Navy Ship Okpabana at Onne seaport, Rivers State said the exercise was aimed at ridding the waterways of the saboteurs.

About 400 officers and 3000 ratings are participating in the military operation to flush out militants, sea pirates, and all those involved in illegal oil bunkering.

Oluwole expected that at the end of the two-day exercise, the Navy would be in a better position to tackle those attacking critical national assets in the Niger Delta.

“It is a known fact that the crude oil which is the mainstay of our economy has suffered low pricing regime in international market.

The situation is worsened by the vandalism of critical oil and gas infrastructure by militants, plunging the nation into recession.

“Consequently, the Nigerian Navy, more than ever before, must be in the best position to secure critical oil and gas infrastructure both ashore and offshore for socio-economic activities to thrive in the marine domain,” he said.

According to the commanding officer, the Navy fleet that will be on sea during the exercise include four capital ships, NNS Okpabana, NNS Ologbo, Burutu and Sagbama.

Culled from: Guardian Newspaper
Posted by Don Okereke at 2:29:00 pm