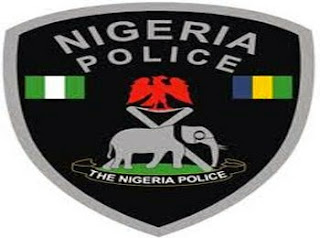 Desirous to rid the north-east of Boko Haram insurgents and bolster security in the region, the Nigerian Police have conducted a five-day basic intelligence gathering programme for 251 members of vigilante groups from Adamawa and Taraba states.


The vigilante groups, made up of local hunters, have been assisting Nigerian troops in the fight against Boko Haram.

During the training programme, Wednesday, at Mobile Police 14 base in Yola, Adamawa, the state commander of the vigilantes, Murtala Aliyu, said the training would boost the capacity of members by providing them with necessary techniques to operate more effectively in supporting the police and other security agencies against the insurgency.

Mr. Aliyu also said that the training would help members conform to standards in their operations.
He lauded the support his members were enjoying from the public in Adamawa, but said the state and local governments were not doing much to support the operation of his members.

Mr. Aliyu said that as people who mix with the public, his members if fully supported would play a more effective role in gathering intelligence that would help reduce crime to the minimum.

While restating the commitment of his members to effectively contribute to national security in view of their presence in all nooks and crannies, Mr. Aliyu said there was plan to recruit more members in Adamawa next year.

“Currently, Adamawa has 2,800 members and we hope to increase the number next year,” he said.
He explained that though membership is voluntary, the intending recruits must be responsible members of society and have their applications endorsed by their ward, village or district heads and divisional police officers.

On their relationship with other hunters, Mr. Aliyu said that they are different but work together.
“Some of our members are also hunters,” he said.

On disciplinary measures against erring members in the state, the commander said that about 20 members had been sanctioned within the year.

“Some of them were suspended and some dismissed”, he said.

Culled from: Premium Times
Posted by Don Okereke at 6:39:00 am