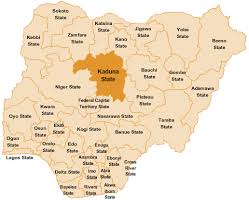 
The gunmen dressed in military uniform, successfully carried out the attacks in  Passakori, Mile One, Ungwan Misisi and Tudun Wada of Kaninkon chiefdom, in troubled Jema’a local government.
An eyewitness, said “on this day, 27th October, 2016 a group of men in army uniforms came to Ungwar Misisi Village and called the Village Head, Mr. John Zogo and the elders of the village for what they claimed to be security briefing on the situation in the area. As soon as the soldiers came and started discussing with the Village Head and the

According to the Mr Waje Goska Williams, the National Caretaker Chairman of the Koninkon nationality, the gunmen who were dressed in military uniforms fled immediately after killing the village head.
He said “the whole village was burnt down and those who managed to escape are now internally displaced persons.

He recalled that “this attack is clearly preplanned and there seems to be a clear conspiracy on the party of the Government and Security agents to look the other way while the killings and destructions are going on. It is clearly a plan of genocide against the Kaninkon people. We have no defence even from the Federal and Kaduna State Governments who have made security a top priority on its agenda.”

“We, the entire Kaninkon people in Kaninkon Chiefdom, are under unprovoked and sustained attacks by the people who are not known but who are working closely with the local Fulani people that we have lived with for many years.

“The motive of the attacks is clearly unknown but we can see that it is a genocidal mission. We are particularly worried because there seems to be a conspiracy of silence and complacency on the part of the Security Agencies and the Kaduna State and Federal Governments on the plight of our people.
“While these attacks are going on, we do not observe the presence of security men in the area giving protection to our people since we are not at war with anybody.

“The weapons of death used by the assailants are so sophisticated that we suspect these people to be Boko Haram that are on mission to clear our people. The professionalism employed by the attackers is such that only trained people who have the backing and aid of some people in Government and the security forces.
“Kaninkon Chiefdom is one of the ethnic groups in Southern Kaduna and the entire northern Nigeria that was not conquered by the Fulani Jihad of the early Nineteenth century. These attacks are clearly an attempt at achieving what they did not achieve by the Jihad,” said Williams.

He observed that while these killings and destruction to properties are taking place, “the security agents are scarcely seen while the Kaduna State and Federal Governments have kept mute on the issue.”
“We are concerned that there was a deliberate refusal by the Security men to gather information that is needed to nip the situation before its occurrence. These attacks have gone on for more than one week and the security men are either not there or that they are aiding and abetting the attackers to annihilate our people and destroy their hard earned properties.

“The State Security Service, the Nigerian Army, the Police and other security agencies are at large at this most important moment when our people need them to safeguard their lives and their properties. Where we find the security agent are in Gidan Waya where the Hausa Fulani people are in the majority,” he added.
The interim Chairman of Jema’a LGA,  Dr. Bege Katuka confirmed the incidence and assured that government was working hard to arrest the perpetrators.

Culled from: Leadership Newspaper
Posted by Don Okereke at 7:46:00 am