Beware! Upsurge In Human, Child Trafficking And Prostitution in Nigeria 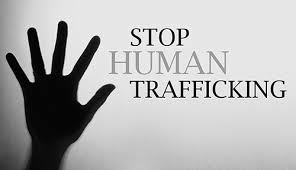 Nigeria's National Orientation Agency (NOA) have alerted Nigerians especially those in rural areas, to an upsurge in child trafficking and prostitution involving Nigerians, urging citizens to beware of suspicious persons who approach them with the promise of giving their children better lease of life in the city.


This alert has become necessary following intelligence community reports which reveal that the Malian authorities have uncovered an under-aged prostitution ring operated by Nigerians.
This report was sequel to the arrest of twelve (12) Nigerian adolescent girls involved in prostitution at Kangaba village along Guinea Conakry road, outside Bamako, Mail.

The girls, mostly of Edo and Delta States origin, were commercial sex workers at a restaurant/bar called “Nigeria” and owned by an indigene of Edo State popularly known as “Mama Rose”.
Investigation also reveals that the girls entered Mali with fake identification cards allegedly issued by human trafficking syndicates operating in Nigeria and Benin Republic.

NOA in a statement issued in Abuja Monday and signed by its Deputy Director of Press, Fidel Agu urged Nigerians not to give out their wards to strangers and suspicious persons whose means of livelihood is not known to avoid the menace of such children being trafficked.

Also traditional rulers, ward heads and parents should be vigilant and conscious of suspicious persons in their communities in order to promptly report such and checkmate the activities of human trafficking syndicates.

However, the NOA wishes to assure Nigerians that all relevant government organs and other stakeholders have been alerted and are working assiduously to nip the activities of human trafficking syndicates in the bud are, adding; “We therefore urge Nigerians to reflect on the tenets of our core values and cooperate with the government and its agencies to check all forms of crime and criminality.”

Culled from: The Nation Newspaper
Posted by Don Okereke at 6:37:00 pm