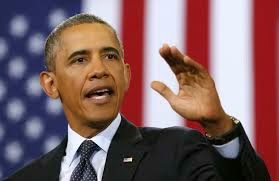 The United States Ambassador to the United Nations, Samantha Power, will be in Nigeria between Thursday and Friday to highlight the growing threat Boko Haram poses to the country.
This is contained in a statement by the Information Unit, U.S. Embassy in Abuja and made available to the News Agency of Nigeria (NAN) in Abuja.

It stated that Power had earlier visited Cameroon and Chad between April 16 and 20 to underscore the rising danger the insurgence poses to the Lake Chad Basin region.
“Boko Haram is one of the deadliest terrorist groups in the world.

“ It poses an acute threat to civilians across the Lake Chad Basin, and the group’s increasing lethality and relationship with the Islamic State of Iraq and the Levant are cause for alarm,” it stated.

It noted with sadness the second anniversary of the kidnapping of the Chibok Girls.
The statement stressed the the need to work with partners in the region to develop a comprehensive counter-Boko Haram effort.

It stated that this included a more coordinated military campaign, improved humanitarian access and response, a well-resourced stabilization and governance strategy.

It stated that Power would engage with the Nigerian leadership and civil society in Abuja before traveling to the northeast to visit a settlement camp for civilians displaced by Boko Haram’s violence.

Power, according to the statement, will host a town-hall meeting with students and participate in a ‘Peace Through Sports’ event with young Nigerians.