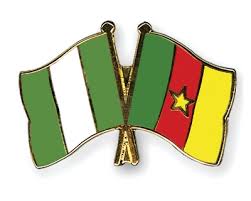 The Cameroonian government has allegedly forcefully taken over parts of Akwa Ibom State not covered by the original judgment to cede part of the Bakasi Peninsular to the Central African country following a decision of the International Court of Justice (ICC) in The Hague in 2002. More than 350 oil wells and fishing pots have consequently been seized, depriving Nigeria of potential revenues from these assets.


It is reported that the people of Effiat clan in Mbo Local Government Area of the state claim the Cameroon government in a desperate attempt to cede their communities have lured their village heads into accepting Cameroonian citizenship with documents acknowledging their headship.

The Cameroonian government, which has for sometime now claimed some parts of the state, are said to have operated through some greedy village heads whenever the people resisted paying tax to their government.

These village heads are said to have been issued ‘documents of acknowledgment’ with letterheads of the Republic of Cameroon.

Etim Okon, an Indigene of Effiat Clan, in a chat, suspects that the documents issued by the Cameroon authorities are fake, adding that they do this to get the people’s consent and to present the territory as Cameroonian territory as border demarcation between Nigeria and Cameroon is ongoing.

The Cameroonian gendarmes, according to Okon, have taken absolute control of the Akwa Ibom territories, which had never been a part of the islands the Federal Government ceded to Cameroon.
“None of the Effiat 16 villages had been ceded to Cameroon when Bakassi Peninsula was ceded to Cameroon by the International Court of Justice at the Hague in 2002,” he said.

He added, “Effiat is an area in Akwa Ibom State and not part of Cross River, where Bakassi Peninsula became an issue.”

Further investigations revealed that the mangrove island, which hosts 16 villages of Effiat clan in Mbo, is currently under the administrative control of the Cameroon authorities.

It could be recalled that the member representing Mbo State Constituency in Akwa Ibom State House of Assembly, Mr. Samuel Ufuo, last week, presented the issue as matter of urgent public importance to the House, saying that Cameroonian gendarmes terrorise, dehumanise, and deprive the people of their rights and privileges.

The lawmaker noted that a former member who represented the area in the National Assembly, Robinson Uwak, had in January 2015 alerted the Federal Government of the situation in Mbo, but no action was taken since then to demarcate, properly, the maritime boundary between Nigeria and Cameroon as determined by the International Court of Justice (ICJ) during the settlement of the ownership of the Bakassi Peninsula in 2002.

President Muhammadu Buhari, during a visit to his Cameroonian counterpart, Paul Biya, shortly after his inauguration as Nigeria’s president a year ago, assured that the country will continue to abide by the ruling of the ICJ on the Bakassi Peninsula.

He had assured that his administration would ensure the faithful implementation of the Green Tree Agreement, which regulates the ceding of Bakassi to Cameroon.

The state lawmaker maintained that none of the 16 mangrove islands were part of the territory ceded to the Cameroon government by the world court during the Bakassi Peninsula issue.

Ufuo, whose position had earlier been mirrored by Uwak during his presentation to the House of Representatives the previous year, stated with sadness that the affected natives have lost their sources of livelihood.

The Mbo mangrove has approximately 350 oil wells and several Fishing routes believed to be coveted by the Cameroon government.

It was gathered from the record of the votes and proceedings of Wednesday 14 January 2015 of the 7th House of Representatives then led by Mr. Aminu Tambuwal (now Governor of Sokoto State) that the House had made three resolutions on the matter which include setting up an ad-hoc committee to investigate and report within 30 days (beginning from 14th January 2015).

Others were to urge the attorney general and surveyor general of Nigeria to submit all relevant instruments being used in recent delineations by international surveyors as recommended by the United Nations, and to strongly urge the Nigeria government to re-assert its sovereignty over the troubled island with the mandate of protecting Nigerians being maltreated by the Cameroonian gendarmes.

The preceding resolutions, it was learnt, was made after the House received a report on the matter by the then member representing Oron (Oron/Mbo/Okobo/Udung Uko/Urue Offong Oruko) Federal Constituency, Uwak, where it was not only pointed out that the disputed islands were not part of the territory ceded to the Cameroon government by the International Court of Justice (ICJ) during the Bakassi Peninsula issue, but also that the encroachment has led to the loss of about 350 oil wells and gas revenues which ought to accrue to Nigeria.

According to Mr Ufuo, the resolutions were discarded following the electioneering at the time and the subsequent end of tenure the 7th National Assembly in June 2015.

Describing the situation as pathetic, Ufuo said the people of the affected villages are still buying and selling in Mbo and other Akwa Ibom markets, including paying their taxes, boat licenses and other levies to the Akwa Ibom State government.

“Should this annexation by the Republic of Cameroon be allowed to continue after the ongoing demarcation by both countries, Akwa Ibom state and Nigeria as a whole will lose the territory, God forbid, with thousands miles in our coastal water including mineral resources.