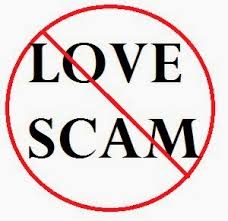 
Amadi who goes by different pseudo names – Richard Smith, Mike Anderson, Richard Darwin, Jackson Miller, and Morgan Abela, is alleged to have collected N4,544,000 from a Swedish national, and promised to marry her.

Count one reads: “That you, Amadi Jude Junior (alias Richard smith, Mike Anderson, Richard Darwin, Jackson Miller, Morgan Abela) ‘m’, John Ikechukwu Efughi (at large), and Farouk (at large), between May 2014 and January 2015 in Calabar, Cross River State, within the jurisdiction of this honourable court did conspire among yourselves to commit felony with it: obtaining money by false pretence and thereby committed an offence contrary to section 8 (a) of the Advance Fee Fraud and Other Fraud Related Offences Act, 2006 and punishable under section 1 (3) of the same act.”