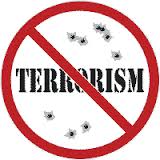 A Punch Newspaper investigation has revealed that the Nigerian government snoops on the social media accounts of Nigerians who are suspected of having links with various terrorist groups, including Boko Haram and the Islamic State of Syria and Iraq, ISIS.


This surveillance is said to be geared towards frustrating terrorist attacks on  Nigerian territory and have been going on for a while and entails the security agencies routinely hacking into the Facebook and Twitter accounts of those they are monitoring.

This surveillance project costs Nigeria millions of dollars and is being coordinated by the Office of the National Security Adviser  and handled by some foreign firms, including an Israeli firm, Elbit System.

Multiple sources who spoke on condition of anonymity because they were not authorised to inform the press about the security checks, stated that the administration of former President Goodluck Jonathan approved the request by security agencies to spy on targeted sections of the population, mainly religious extremists and radicalised individuals.

A source said, “The surveillance system is not being used to target everyone, as people may want to believe. It is only deployed to get intelligence on specific targets because it would be hard and difficult to use such system to spy on all Nigerians; the amount of data would be too huge and staggering for the assessors to sort and manage.

“Basically, the system is used to hack into emails and phones of targets, and the targets are those who are suspected of having ties with terrorists, whether Boko Haram, ISIS or any other criminal element.”
It was also learnt that the system had greatly assisted security agencies to nip in the bud and also frustrate many terror plots and attacks across the country.

The security agencies had been using electronic trackers, which they were used to track and apprehend kidnappers.

But it was learnt that the electronic surveillance system is more effective and has better capacities to hack emails, passwords and social media accounts used by terrorists to recruit members.

The Force Public Relations Officer, Emmanuel Ojukwu, confirmed that security agencies were using a sophisticated surveillance system as part of measures to combat crime and terrorism in the country.

He said, “It is not a new technology. Everywhere in the world, it is used, including drones and other sophisticated equipment. Nigeria is part of the international community; we have our surveillance system, which shows that Nigeria is developing.”

Ojukwu said the security agencies respect the rights of Nigerians and were not using the system to hack the phones and computers of innocent Nigerians.

The Department of State Services could not be reached for information on their use of the surveillance system.