Most Apple Devices Lack Proper Security For The Enterprise 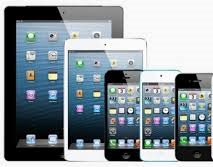 Apple's Macs, iPhones and iPads are common in the modern workplace, but relatively few of these devices comply with standard security requirements, according to a new survey.
Nearly half of all U.S. employees use at least one Apple device at work, but most of those gadgets lack common security protocols required by many enterprises, according to a new survey commissioned by Centrify, a company that sells enterprise security and management software for Apple products.

Last month, Centrify asked 1,004 business professionals about how they use computers and smartphones in the workplace. Respondents used a total of 1,309 Apple devices at work, including 191 Macs, 387 iPads and 731 iPhones, according to Centrify. All of the respondents were employed full-time at companies with at least 20 employees, from various industries including healthcare and financial services, according to Centrify.

Security often not a priority on Apple devices

The survey, which was conducted by Dimensional Research, found that 45 percent of respondents use at least one Apple device for work, to access corporate email, documents and business applications. Of those gadgets, 63 percent were employee-owned. More than half, or 51 percent, of all the users' Apple devices were secured by single-word passwords or numerical PINs, and 58 percent of those devices had no software or policies to enforce the use of stronger passwords. The survey also found that 56 percent of Apple device users shared their passwords with others, and only 17 percent had company-supplied password managers.

The results spotlight the high usage rates of unmanaged Apple devices in the workplace, according to Centrify, and they reinforce the risks organizations face when IT professionals don't have the necessary resources to make sure devices comply with security policies.