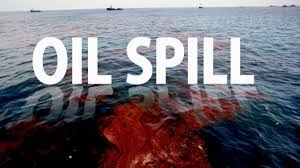 
The development has caused anxiety in the community since the river is the only source of drinking water in the area.
The spill which occurred at a fishing settlement, Jalingo, has spread to the waters and creeks of neighbouring communities.

Checks indicated that the oil spill was reportedly sighted at about 8pm on Monday by some fishermen. One of them, identified as Seifagh, reported that the water along the Jalingo area has a massive oil float.
Chairman of the Oil and Gas and Action Committees of Nembe Kingdom, Chief Nengi James, confirmed the development and called on Shell to clean up the spill.

Residents of the settlement also urged the state government, the federal authorities and other relevant agencies to assist them.
Sources said the Ministry of Environment and the National Oil Spill Detection and Response Agency have been notified about the incident and efforts are being made to assess the development.