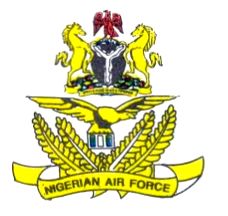 Sequel to the increased onslaught against Boko Haram militants, the Chief of Air Staff (CAS) Air Marshal Sadique Abubakar assures that more platforms will be moved to Yola, the Adamawa State capital next week.


‎He made the disclosure at the weekend in Lagos, during his maiden tour of Air Force command and units in the state.

Abubakar who stated that one air craft will be deployed from Lagos to Yola, added that several helicopters will also be moved from Port Harcourt to the northeastern state.
Noting that a number of aircrafts were patrolling the Nigeria-Cameroon border frequently, Abubakar said the AirForce has on several occasions, intercepted and engaged people who smuggle petroleum products to the insurgents.

“We have our airplanes that are patrolling the Nigeria-Cameroon border at all times and we have intercepted quite a number of people that are smuggling petroleum products to support the insurgents and we have engaged them on a number of occasions,” Abubakar said.
He further stated that plans were underway to acquire new equipments as well as rehabilitate those that are moribund.

The Air Chief said: “‎One of our platforms is moving out of Lagos to Yola by next week and quite a number of our helicopters are moving from Port Harcourt to Yola too.
“We are already working on acquiring new platforms. There are a number of platforms we want to acquire which we are forwarding to the Federal Government.
“But at the moment, we are working with the ones we have on ground and trying to reactivate some.
‎
“We are not ill-equipped rather we do not have all that we need to have and we are working to improve on the serviceability of the platforms we have.
“We have been achieving and working closely with the Nigerian Army using the platforms that we have. They might not be adequate, but we are making the best out of what we have on ground and it is producing results.”

Culled from:
The Nation Newspaper
Posted by Don Okereke at 5:52:00 pm