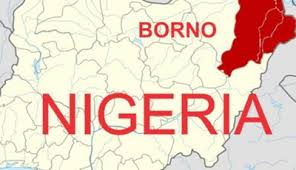 The Boko Haram Insurgency and  Security challenges in Borno State have crippled the hides and skin business in the state, investigations by the News Agency of Nigeria have revealed.


While the state-owned shoemaking and hides tannery firm, Neital Nigeria Limited, has been grappling with problems, the bustle that used to characterise the premises of the Maiduguri Central abattoir, is completely gone, especially after the blast that rocked the place not long ago.

The General Manager of the Maiduguri-based Neital Nigeria Limited, Alhaji Usman Tomsu, lamented the predicament of the company while speaking with NAN in Maiduguri.
He said the outfit was established in 1982, comprising of Finished Leather and Shoe-making sections, stating that after operating for 10 years without making profit, it folded up.

Tomsu added, “The company had been moribund for nearly two decades, until Governor Kashim Shettima injected funds in 2013 to enable it to resume its operations.
“The over N500m returned profit, recorded by Neital in the 2013 fiscal year, was the first major profit made since its establishment 32 years ago.

“With all necessary equipment in place, we gave ourselves a target of generating at least $1bn profit in the two years of our resumption of full operations, that is from 2013 to 2015.
“Following that intervention, Neital resumed operations and went into export of finished leathers to Italy and Spain, intensifying sales of finished leather in Nigeria in addition to the production and sales of shoes.
“In just one major export, our financial report recorded N112m as of then.

“But because of the persistent security challenges, we had to close down our operations. We no longer get skin from our abattoirs, just as constant outages resulted in setbacks.
“We are always determined to resuscitate the industry as soon as the insecurity bedeviling our dear state is over.”

The Manager of Borno Abbattior, Alhaji Baba Maizannah, said the state government had spent about N164m on the rehabilitation of the Maiduguri Central Abattoir, to improve cleanliness in the slaughter-house.

Source:
Punch Newspaper
Posted by Don Okereke at 6:51:00 am