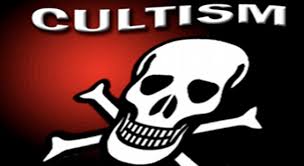 No fewer than 16 people were at the weekend, killed in bloody clashes between suspected cult members of the Kwara State Polytechnic, Ilorin.

Though, the cause of the clashes have not been ascertained, it was gathered that suspected members of Aiye and Eiye confraternities struck first at the polytechnic.

The state police command said it has arrested more than 30 suspects in connection with a renewed clash among student cultists in the state about16 victims were reportedly killed.
Authorities of the institution had since shut down the campus indefinitely.

State police command’s spokesperson, Ajayi Okasanmi (ASP) confirmed the arrest of the suspects, adding that 14 people among the arrested suspects were found culpable after screening.
Mr. Okasanmi who said investigations still continued on the development, added that the 14 suspects would be charged to court for prosecution this week.

It was gathered that one of the victims was gunned down during screening of aspirants for the Students Union Government’s election at the weekend, while another victim was reportedly killed at Asa Dam road area of the town by suspected members of Eiye confraternity.

An eyewitness account said that the death led to a renewed clash among members of Eiye and Aiye confraternities, adding that it later spread to other parts of the metropolis such as Agbooba, Baboko, Sabonline, Irewolede and Niger Road.

A resident of Niger Road in the metropolis said “it all started around 4 pm at the weekend. A victim who lived at Agbooba was killed beside a bridge close to the filling station at Oja Tuntun area of Ilorin.

“Another dead body was found at Victory Hotel, Agbooba on Sunday. One suspected cultist was murdered at Irewolede yesterday. The deceased was chased to the area and in the process was matcheted by his assailants,” the source said.

Culled from:
The Nation Newspaper