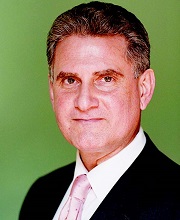 The outgoing British High Commissioner to Nigeria, Andrew Pocock, has said the problem of Boko Haram insurgency in North-east Nigeria is not something that can be resolved with the use of the army, the police or the security agencies only.


Speaking at a farewell interactive session with members of Kaduna chapter of the Nigeria Union of Journalists Correspondent Chapel in Kaduna on Monday, Mr. Pocock said: “We don’t look at the problem in the Northeast as purely a security problem. It is not something that can be resolved with the use of the army of the police or the security agencies only. It is not going to be solvable.

“There has to be three different things; the first is a properly articulated security efforts. The second is that, there has to be a different kind of politics in the Northeast, where state and Federal Government work together instead of against each other and where there is a much more common and agreed agenda about what needs to be done to correct many years of mis-governance and of poor policy in the North-east.

“The third dimension has to be a developmental and economic uplift agenda. Too many, particularly young people are not only without employment in the North-east but because of the insurgency are without any economic prospect whatsoever. No one can live without hope and indeed if the economic and the developmental aspect of these are not addressed, the opportunities for radicalisation are much greater. So, those three things have to work in tandem, the security instrument, politics and development/economic approach.”

He however stated that with the new government of President Muhammadu Buhari, people are looking to a chance to get out of the security situation in the North-east, adding that, in the overall, there is greater possibility of stability and economic success, economic recovery perhaps than they might have been before the election.

The High Commissioner said although the army had some successes in 2013, those efforts were not followed up and Boko Haram came surging back in 2014 and effectively controlled most of the North-eastern country in Borno State as well as Adamawa and Yobe.

“20, 000 people killed in a conflict is a very serious matter,” he said.
He said in the overall, there is greater possibility of stability and economic success, economic recovery perhaps than they might have been before the election.

“The British government has long been involved in training Nigerian soldiers to fight the very difficult anti-insurgency combat that they are faced with in the North-east,” he said. “We have done this with some success. There is a lot more that we can do. What we need is high level access to the new people that President Buhari is likely to appoint.”

Source:
Premium Times
Posted by Don Okereke at 6:47:00 am