Two suicide explosions along a highway in Borno State killed at least 10 people on Thursday afternoon, state police said, the latest in a string of almost daily attacks by suspected insurgents.

A military source told Reuters that in both cases the suicide bombers targeted crowded areas where locals sell fruit along the highway, which runs southeast of the state capital Maiduguri.

Thousands of people have been killed and about 1.5 million displaced during Boko Haram’s six-year fight to create an Islamic caliphate in the northeast Nigeria. 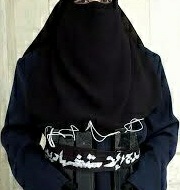