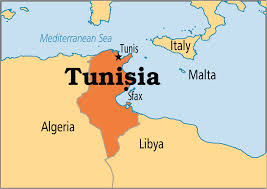 Tunisia fears more potentially destabilising terrorist attacks such as the one that killed 38 foreign tourists last month, which is why it has imposed a state of emergency, the premier said on Wednesday.


Eight days after the 26 June shootings at the Mediterranean resort of Port El Kantaoui, president Beji Caid Essebsi decreed a state of emergency on Saturday for 30 days.

The rampage by a Tunisian student killed 30 Britons, three Irish nationals, two Germans, one Belgian, one Portuguese and a Russian, and was claimed by the Islamic State group.

“We are engaged in a ferocious war against terrorism to protect lives and property, defend the republican regime … the civil state and its institutions,” prime minister Habib Essid told parliament.
“We would not have felt obliged to decree the state of emergency if we were not convinced that our country was facing numerous terrorist plans to destabilise the country.”

He spoke of “the gangs of terrorism, murder and crime preparing other operations … aimed at killing the maximum number of people, undermining morale and grinding the national economy to a halt”.
Essid spoke as human rights groups warned the state of emergency should not suppress freedoms gained since the 2011 revolution that overthrew longtime dictator Zine al-Abidine Ben Ali.

But while saying “whatever it takes, we will prevail over terrorism”, this would not come at the expense of human rights, which will “not be touched”, Essid said.

Meanwhile, Tunisia will complete construction of a barrier along the Libyan border, from Ras Jedir on the Mediterranean coast to Dhiba, 186 kilometres (115 miles) to the southwest, a defence ministry official said.
The barrier, which will include berms and trenches, was announced after a terrorist attack on the national museum in Tunis in March killed 22 people, mostly tourists.

Work began on the barrier in April and will be completed by the end of the year, Belhassan Oueslati said.
The interior ministry said on Wednesday that 33 young Tunisians, mostly Islamic fundamentalists, have gone missing, with media saying that their families fear they have joined extremist groups in Libya.
Members of the group, which includes one woman, are aged between 16 and 35, it said, adding that their families reported them missing from the southern province of Tataouine.

The perpetrators of both the beach and museum attacks were said to have been trained in Libya.
The state of emergency grants the security forces exceptional powers. Among them, it allows the authorities to bar strike action and public meetings deemed dangerous to public order and to increase controls on the media.

The current state of emergency is not the first to be imposed in Tunisia since the revolution that sparked the Arab spring.

There was also one in force from 14 January 2011 – hours after the flight of dictator Ben Ali – until March last year.

Culled from:
The Guardian Newspaper

Image credit: operationworld.org
Posted by Don Okereke at 7:17:00 am

Email ThisBlogThis!Share to TwitterShare to FacebookShare to Pinterest
Labels: News, State of emergency in Tunisia, Terror alert, Tunisia and terrorism