The government of South Africa has reportedly returned $15 million to the Nigerian government.

The South African border authorities had on September 5, 2014 seized $9.3 million meant for the procurement of arms for the Nigerian military, from two Nigerians and an Israeli who arrived the country in a private jet.

Custom officers discovered the money stashed in three suitcases after the suitcases were put through airport scanners.

The money was concealed in two black plastic suitcases, filled with 90 blocks each containing US$100,000 in notes.

The NPA said it found with the suspects, an invoice for a helicopter and armaments meant for Nigeria.

While the furore created by the cash seizure was yet to settle, South African authorities again seized another $5.7 million transferred by Societe D’Equipments Internationale of Nigeria, to South African arms company, Cerberus Risk Solutions, for the procurement of arms.

The South African High Commissioner to Nigeria, Lulu Mnguni, had said although his country had no intention of keeping the seized funds, it would only release it to Nigeria after due process had been followed.

On Friday, PR Nigeria, the consulting firm issuing statements on behalf of Nigerian security agencies said the money has finally been released.

It said the money was released as a result of some legal and diplomatic processes initiated by the former NSA which “ensured that cash seized by the South African government during the cash for arms saga last year have been fully recovered by Nigeria”.

PR Nigeria also added that “President Goodluck Jonathan’s administration was forced to resort to the alternative market to obtain arms when western powers blocked every access to the formal arms market but the cash were seized both at the airport and in the bank”.

Meanwhile PR Nigeria confirmed the release of Mr. Sambo by the SSS after more than 24 hours siege of his home.

It also said Mr. Sambo was released only after the SSS seized his international passports and other vital documents.

“Even though there is no more restriction of his movement, Dasuki still feels aggrieved that he was deprived of performing his religious obligation of attending the Eid Prayers, making the end of Ramadan fasting.

“Dasuki has vowed to challenge the action by seeking legal redress in order to enforce his fundamental human rights,” the release said. 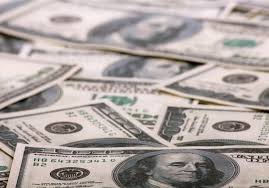