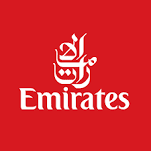 Disaster was averted on Monday night at the Murtala Muhammed Airport, Lagos as passengers aboard Emirates flight to Dubai escaped a ground crash after their aircraft collided with a stationary plane belonging to Hak Air.


It was learnt that the Boeing 777-200R aircraft collided with another Boeing 737-400 while taxiing for take-off and this led to a substantial damage on the parked plane.

It was also gathered that the Emirates flight was aborted and passengers onboard the aircraft were evacuated immediately.

Confirming the development, the Head, Public Affairs, Accident Investigation Bureau, Mr. Tunji Oketunbi, said the agency sent investigators immediately to the scene of the incident to figure out what happened.

He said, “A Boeing 777-200LR belonging to Emirates Airline was yesterday (Monday) at around 9:30pm involved in a ground collision with a domestic airliner at the Murtala Muhammed Airport, Ikeja, Lagos, a B737-400 owned by HAK Air.

“AIB promptly deployed a team of investigators to determine the circumstances surrounding the serious incident with a view to making possible safety recommendations.”

The Commissioner/Chief Executive Officer of AIB, Dr. Felix Abali, according to a statement from the bureau, on Tuesday inspected the scene of the occurrence and promised that the investigation would be handled with speed.

He was quoted as saying that “Every incident is a safety issue that must be thoroughly investigated. This will help in preventing accidents and sustain safety in aviation. This investigation will be conducted with speed.”

Source:
Punch Newspaper
Posted by Don Okereke at 7:16:00 am