Cyberespionage? How Hackers Stole Social Security Numbers From 21.5 Million People In The U.S 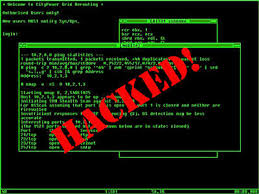 
The Office of Personnel Management (OPM) said data stolen from its computer networks included Social Security numbers and other sensitive information on 21.5 million people who have undergone background checks for security clearances.

That is in addition to data on about 4.2 million current and former federal workers that was stolen in what the OPM called a "separate but related" hacking incident. Because many people were affected by both hacks, a total of 22.1 million people were affected, or almost 7 percent of the U.S. population.

The breach had already been considered one of the most damaging on record because of its scale and, more importantly, the sensitivity of the material taken.

Those exposed included 19.7 million who applied for the clearances - current, former, and prospective federal employees and contractors - plus 1.8 million non-applicants, mostly spouses or co-habitants of applicants, the agency said.

"The technological and security failures at the Office of Personnel Management predate this director's term, but Director Archuleta's slow and uneven response has not inspired confidence that she is the right person to manage OPM through this crisis," added Virginia Democratic Senator Mark Warner.

Archuleta said neither she nor OPM chief information officer Donna Seymour would be resigning. "I am committed to the work that I am doing at OPM," Archuleta told reporters during a conference call. "I have trust in the staff that is there."

The United States has identified China as the leading suspect in the massive hacking of the U.S. government agency, an assertion China's Foreign Ministry dismissed as "absurd logic."

Asked during a conference call with reporters on Thursday whether China was responsible, a White House National Security Council official, Michael Daniel, said "we're not really prepared to comment at this time on the attribution behind this event."

Daniel, special assistant to the president and cybersecurity coordinator at the National Security Council, said that "at this point the investigation into the attribution of this event is still ongoing and we are exploring all of the different options that we have."

Since they were revealed last month, the hacking incidents have alarmed the millions of Americans affected. OPM said in a statement that its investigation had found no information "at this time" to suggest any misuse or further dissemination of the information stolen from its systems.

OPM said it is highly likely that anyone who went through a background investigation after 2000 was affected by the cyber breach. Those who underwent background checks before 2000 might be impacted but it is less likely, the personnel agency said.

"Rather than simply place blame on the hackers, we need to acknowledge our own culpability in failing to adequately protect so obvious a target," said the top Democrat on the House of Representatives intelligence committee, Adam Schiff.

The Social Security numbers are just the tip of the iceberg. The critical information, which was not encrypted, involves a complete rundown of the personal lives of some 90 percent of applicants for security clearances, mainly excepting most undercover CIA agents.

That includes drug use, romantic histories and close friends abroad of those in the military, National Security Agency (NSA) and sensitive State Department posts, among many others, essentially a road map for what weaknesses might be used for blackmail by a foreign power.

Though not attributing the attack in public to China, investigators have told Reuters that their prime suspect is a team tied to that nation's Ministry of State Security. The evidence includes a specific piece of malicious software and the use of a stolen digital certificate, both of which had been seen in only a small number of attacks that had been tied to the same group.

Dmitri Alperovitch, chief technology officer at security firm CrowdStrike, said his company's analysis of data about the breach provided by the government made it clear that one or another part of the Chinese government directed the hacking.

Image credit: engineersgarage.com
Posted by Don Okereke at 6:59:00 am