US Airport Security To Be Overhauled After Secret Tests Reveal Lapses 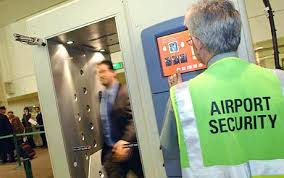 A top US official has pledged reforms after tests found that airport screeners allowed mock explosives and weapons through security checkpoints 95% of the time. Only three US airports out of 70 evaluated passed the undercover testing
Homeland Security Secretary Jeh Johnson on Monday called for revised security procedures in airports across the US.
In one test, a screener failed to find a fake bomb taped to an agent's back despite patting the man down.
The acting head of the agency responsible has been moved elsewhere.

Transportation Security Administration's Melvin Carraway has been reassigned to a different job in the Department of Homeland Security.

Acting Deputy Director Mark Hatfield will now lead the agency until a new boss comes in.
The results of tests were first reported by ABC News, which said the tests were carried out at 70 US airports but only three were able detect the banned weapons.

Mr Johnson said security officers should be retrained and scanning equipment should be retested. He said he was taking the results of tests "very seriously".

"The numbers in these reports never look good out of context but they are a critical element in the continual evolution of our aviation security," he said.

"We take these findings very seriously in our continued effort to test, measure and enhance our capabilities and techniques as threats evolve."

Mr Johnson said the results of the report were classified, but he said there would be more random covert testing at checkpoints.