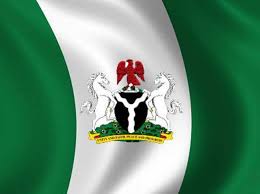 Amidst claims by Nigerian security agencies that they are being underfunded, PREMIUM TIMES can authoritatively report today that a total N4.62trillion has been allocated to the federal security sector in the past five years.


How this huge sum was spent however remains unclear as there is no reliable performance report by the security agencies.

Year after year, the security sector continues to gulp the highest chunk of the country’s expenditures.
In the 2015 budget for instance, N934billion was allocated for the security sector, the highest for the year.
The figures for 2011 and 2012 were N920billion and N924billion respectively while N923billion each was thrown at the sector in 2013 and 2014.


Yet, Nigeria continues to face attacks from the extremist Boko Haram group, whose activities have claimed over 11,000 lives in last five years.

Kidnappings, crude oil theft, armed robbery and other sundry crimes are also widespread across the country.

The heads of the country’s security agencies have repeatedly claimed allocations to the sector were insufficient to equip the armed forces and make them operationally efficient to deliver on their mandates.

In recent years, the Ministry of Defence has refused to make its spending public, making it difficult to track the nation’s investment on the military and allied agencies.
Anti-corruption activists believe the practice of concealing security spending is antithetical to probity and accountability.

“The absence of disclosure, backed by law and practice effectively makes the security sector the most prone to contract inflation and ineffective service delivery,” said Seember Nyager, executive director of Public and Private Development Centre.

“The high risk and probability of contract inflation in itself fuels the (Boko Haram) insurgency because no amount of resources would ever be sufficient to contain a system with unchecked leaks.”

The Lead Partner at BudgIT, a transparency advocacy group, Oluseun Onigbinde, added, “It is very important to request accountability into these funds as Nigeria will need to ensure that process of arms acquisition which is grossly hidden does not lead to opportunity by public officials to acquire illicit wealth.”

The infographics below presents a detailed overview of Nigeria’s budgetary allocation to the security sector in the past five years.