THE Economic and Financial Crimes Commission (EFCC), on Wednesday June 10, 2015 arraigned 14 persons, including a Briton, Russian, Ukrainian and Japanese before a Federal High Court over their alleged involvement in massive dealing in oil products on Nigerian territorial waters.

The accused persons were alleged to have illegally dealt in several thousands of metric tons of petroleum products, automated gas oil and low pour fuel oil.

They were arraigned before Justice Ibrahim Buba, alongside their companies.

According to the charges, they were said to have dealt in petroleum products without lawful authority or appropriate licence, contrary to Section 19(6) of the Miscellaneous Offence Act, Cap M17, Laws of the Federal of Nigeria 2004 and punishable under Section 1(17) of the same Act.

After the charges were read to them, the accused persons pleaded not guilty, while their lawyer, Babajide Koku (SAN), moved an oral application urging the court to grant them bail on the ground of self recognition.

Koku had further urged the court to grant bail to the accused on liberal terms.

The lawyer argued that the foreigners were presumed innocent until proven guilty in the eyes of the law, and as such, deserved to be released on bail.

In response, EFCC’s lawyer (Oyedepo), faulted the bail application on self recognition.Oyedepo contended that such application was not applicable to the accused as they are not Nigerian citizens and also not resident in the country.

However, Oyedepo pleaded with the court to attach stringent conditions in the event that the court was minded to grant the accused bail, so as to prevent the accused from absconding from the country.

Justice Buba, in his ruling, admitted the accused to bail in the sum of N50 million each with one surety in like sum.

The surety, according to the judge, must be resident in Lagos.

Justice Buba ordered that the accused should be remanded in prison pending compliance with the bail conditions.

However, the accused informed the court that they were ready to issue bond of N750 million bank guarantee in order to avoid delay of surety, a request which was granted by the court subject to the deposit of their passports with EFCC and all travelling documents. 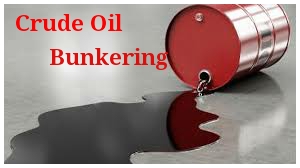