Wanton Kidnappings Continue in Ekiti As 3 More Women Are Abducted

They were said to have been kidnapped  with their husbands and unspecified number of children along Igbole-osi road while travelling in a Toyota RAV 4 Sports Utility Vehicle to Ibadan, Oyo State, for a wedding.

The spate of kidnaps has prompted Governor Ayo Fayose to cry out to the Inspector general of Police, Mr. Solomon Arase to quickly come to the aid of the state to stem the evil act and ensure that people in the state had confidence to go about their normal business.

Sources revealed that their captors later dropped the men and the children while the women were driven away in the car after collecting the phones and other valuables of the victims.
The wailings of the husbands and children allegedly attracted sympathisers who came to their aid.

"The Divisional Police Officer in Ido called in today to give the report about the kidnapped women. We have already launched investigation into the case but I can't speak about it," he said.

The whereabouts of the women remained unknown while contact had not been established with the families as at press time.

It will be recalled that no fewer than five people, including a former Chief Medical Director of Ekiti State University Teaching Hospital, Dr Patrick Adegun, a senior nurse at the Federal Teaching Hospital Ido Ekiti, Mrs Margaret Aladenika and a lecturer of Obafemi Awolowo University, Ile-Ife, had been kidnapped in the last two weeks in the state..

Fayose’s letter calling for  Arase’s special intervention to stem the spate of kidnappings that has hit the state in the last few weeks was dated May 15,  and personally signed by the Governor.

According to a statement in Ado-Ekiti on Friday by his Chief Press Secretary, Mr Idowu Adelusi, the governor promised the people that the situation would soon be put under control.
The letter read in part, "It is with great concern that I am appealing to you to help in our quest for a lasting solution to the spate of kidnappings and abductions in our dear state. The development has created fear in the minds of our people and no meaningful development can take place under such atmosphere.

"As a responsible government, we are taking all necessary steps to curtail and put an end to these dastardly acts, and we believe a special attention from your office on the matter to our state would no doubt, lead to finding a quick solution to the problem" 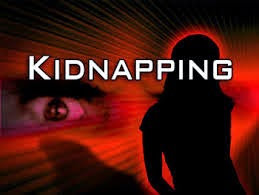