Experts: Terrorists Can Be Their Own Worst Enemies 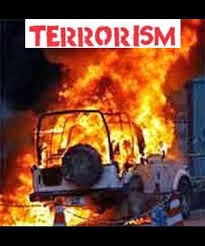 Are Islamic State, Other Extremist Groups Doomed to Fail? Many anti-terrorism experts contend that modern terrorism is evolving at such speed that counterterrorism strategies are falling behind. But others note that the newly morphed terrorists can be their own worst enemies.


After the September 11, 2001, terrorist attacks on the U.S., counterterrorism was focused on preventing another such "spectacular" assault. But 14 years later, the new "spectacular" was the Charlie Hebdo attack in Paris, which was low-scale and low-tech but made a huge impact. A major world capital was shut down by a few armed people with firearms and homemade bombs. The attackers were two Islamist brothers who grew up in France. They were not trained and radicalized in an al-Qaida camp. It happened online.

David Kilcullen, a leading international antiterrorism expert with Caerus Associates, spoke to VOA on the issue viaSkype.
“As little as five years ago it was still a topic of debate in the intelligence community as to whether it was actually possible to recruit and operationalize somebody purely online. This is a part of a much more sophisticated strategy that uses social media, the Internet and the communication tools and has access to military-grade weapons because of the wars in Syria and Iraq," said Kilcullen.

The returning foreign fighter is the new normal, too. The CIA estimates about 20,000 foreign volunteers have joined jihadist groups — some 3,000 come from Europe.
The flow continues, said the RAND Corporation’s top counterterrorism expert, Brian Jenkins, also via Skype.

“The prime minister of France said that they expect 10,000 European volunteers in Syria and Iraq by the end of 2015. Some will acquire experience, skills and contacts, which will make them formidable adversaries if they chose to continue jihad at home,” said Jenkins.

Doomed to fail
The conflict-ridden Middle East and other regions have created failed states, while groups such as the self-styled Islamic State are seizing territories and trying to govern.
But Jenkins said the trend is doomed to failure because of their plunder-based economy.

“It functions largely by expanding into new territory, emptying banks, selling off construction equipment, automobiles, trucks and generators — whatever it can. You have to keep on expanding, or it begins to implode.”
An even greater challenge to keeping a jihadist state is the ferocity of its proponents, said Philip Mudd, a former high-ranking CIA and FBI official.

When he's asked how he thinks the battle against jihadists is going, "my answer is …'Who is winning the war of ideas?’ People have decided across the Islamic world that what we have seen in the past 15 years is the murder of innocents that is never acceptable,” said Mudd.

Polls show that, in most Muslim countries, large majorities reject violence against civilians. The prevailing view, said Mudd, is that such acts are never justified as a means of defending Islam from its enemies.
Many Muslim scholars today also say the caliphates of old were filled with artists, scientists, inventors and pious people — not violent fundamentalist jihadists on a rampage against anyone who does not share their beliefs.