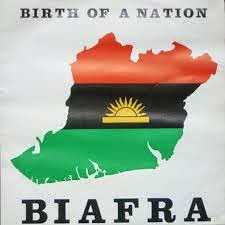 Supreme Council of the Elders of Indigenous People of Biafra has received an invitation from the United Nations (UN) to attend one of its meetings in New York in June, the first invitation to such a meeting since the Biafran pressure group came into existence.


Deputy Chairman of the organization, Dr. Dozie Ikedife, disclosed this to Daily Sun in Nnewi at the weekend. He said a delegation of the pro- Biafrans would be leaving Nigeria for the June meeting as soon as the group raised logistics for the trip.

He said in December 2014, the organisation sent a delegation to Nairobi, Kenya at the invitation of the African Union (AU) to attend its Economic, Social and Cultural Council meeting.

Ikedife insisted that the group would continue to pursue its right for self-determination without breaching any municipal or international law.

“The only setback, which can discourage us, is lack of money to finance the project. You know dissemination of information is not cheap. We have a radio station called Voice of Biafra. We also have difficulty in financing it because we think the people we are fighting for will appreciate the effort, but they have not bought into the idea of supporting the movement,” he said.

He assured that the suit for self-determination filed by one of the arms of of the organization, Billie Human Rights Initiative, against the Federal Government at the Federal High Court, Owerri, would soon continue now that judiciary workers had called off their strike.

Source:
Sun Newspaper
Posted by Don Okereke at 7:13:00 am