How An Indian Perpetrated N32b Bank Fraud In Nigeria - EFCC 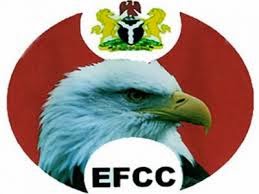 
Fernandez, along with three of his companies, is facing a 56-count charge of fraud.

A former Economic and Financial Crimes Commission (EFCC) investigator, Bashir Abdullahi, said the commission learned of the fraud when one of the banks contacted the agency’s Financial Intelligence Unit.
According to him, in July 2008, he was assigned to investigate the case of suspicious financial activities involving Fernandez and his companies.

The banks, he said, are Zenith, Afribank, Intercontinental, Union and Wema.
His investigations, he said, revealed high volume transactions from one account to another, which he said were suspected to be fraudulent.

Abdullahi said: “Our findings was that he was involved in cheque-kitting and round tripping. It is also known as Lazy Susan, a business model.”

Lazy Susan, he said, involves members of a business group transferring money from one sister company to another without selling any commodity, using money obtained from other banks.

Abdullahi said the transactions involved the use of “suspended cheques” which did not go through the clearing house initially.

“If he brings a cheque, credit will be given to him immediately without going through clearance. Because he has a cheque discounting facility, if he brings N1billion cheque, they will give him N800million,” Abdullahi said.

He said Wema Bank, for instance, discovered that it allegedly lost N23billion to the activities of Fernandez and his companies.

On how the fraud was perpetrated, he said a high ranking staff of Wema Bank aided the fraudulent transactions.

The Wema Bank insider, the witness said, “was suppressing the cheque”, such that when other banks asked whether there is money in Fernandez’s account, the official would answer in the affirmative.

“All the banks will ask Wema Bank staff: ‘Is there N5billion in his account, and he will?’ say yes,” said the witness.

Abdullahi said the accused person claimed to be involved in oil and gas business which he said was “cash-intensive” and therefore needed to move money from one bank to the other.
He said the bubble burst when the banks, at the clearing house, discovered that “they were clearing the same cheque”.

Under cross examination by defence counsel, Mr James Ocholi (SAN), Abdullahi said he did not know the banks’ account officers or branch managers who dealt with Fernandez.
He said the defendant’s companies were duly incorporated, and that his accounts were opened through “traditional” means.

He added that Fernandez was considered high net-worth individual and so the banks took him for his words.
“If they had not taken him for his words, we won’t be talking about missing billions. The accused person stated that a point, he became the darling of the banks,” the witness said.

He said the investigation was triggered by a Suspicious Transaction Alert received from Afribank.
“They reduced the complaint to an intelligence and forwarded to EFCC operatives for investigation. I don’t know if there was a petition,” Abdullahi said.
Justice John Tsoho adjourned hearing till June 16 for continuation of trial.