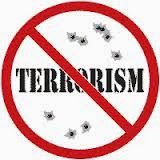 The Obama administration this week hosted a three-day conference on "Countering Violent Extremism," which is a government euphemism for how best to deal with Islamist terrorism. Already a predictable tsunami of nonsense has washed over us about the "root causes" of terrorism.
We have heard from Obama administration officials and even the President himself that terrorism has something to do with lack of opportunities and poverty. Obama said on Wednesday that "we have to address grievances terrorists exploit, including economic grievances."

He said, "when millions of people -- especially youth -- are impoverished and have no hope for the future, when corruption inflicts daily humiliations on people, when there are no outlets by which people can express their concerns, resentments fester. The risk of instability and extremism grow. Where young people have no education, they are more vulnerable to conspiracy theories and radical ideas..." 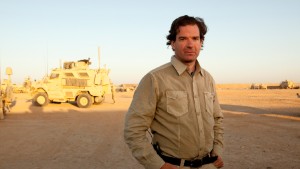 Peter Bergen
The President did acknowledge that terrorists can be rich like Osama bin Laden, who was the son of a Saudi construction magnate who attended the top high school and the best university in Saudi Arabia. It's hard to imagine someone with more opportunities. Think the Trump family Saudi-style, minus the bling, and throw in a deep admiration for the Taliban.

But in fact Osama bin Laden is more the rule than the exception. Take Mohamed Atta, the son of an Egyptian lawyer, who had worked on a doctorate in, of all things, urban preservation at a German university and who led the 9/11 attacks. Or the present leader of al Qaeda, Ayman al Zawahiri, a surgeon who comes from a leading Egyptian family that counts ambassadors, politicians and prominent clerics amongst its ranks.
Report: Injustice, not unemployment, leads to extremism
Nearer to home we can also point to the Fort Hood shooter, Maj. Nidal Hasan, who was not only an officer in the U.S. Army and a psychiatrist, but is also from a comfortably middle-class family in Virginia.

Let's also add to the mix Faisal Shahzad, who tried to blow up a bomb-laden SUV in Times Square on May 1, 2010. He had obtained an MBA in the United States and had worked as a financial analyst for the Elizabeth Arden cosmetics company. His father was one of the top officers in the Pakistani military.
These are not the dispossessed. They are the empowered.
"Who becomes a terrorist?" turns out, in many cases, to be much like asking, "Who owns a Volvo?"


'Who becomes a terrorist?' turns out, in many cases, to be much like asking, 'Who owns a Volvo?'
Peter Bergen

Indeed, New America has studied the backgrounds of some 250 U.S.-based militants since 9/11 who have been indicted in or convicted of some kind of jihadist terrorist crime. They are on average middle class, reasonably well-educated family men with kids. They are, in short, ordinary Americans.

Similarly, in his important 2004 book "Understanding Terror Networks," psychiatrist Marc Sageman, a former CIA case officer, examined the backgrounds of 172 militants who were part of al Qaeda or a similar group. Just under half were professionals; two-thirds were either middle or upper class and had gone to college; indeed, several had doctorates.

In a 2006 study, Swati Pandey and this author examined the educational background of 79 terrorists responsible for five of the worst anti-Western terrorist attacks of the modern era -- the World Trade Center bombing in 1993, the bombings of two U.S. embassies in Africa in 1998, the 9/11 attacks, the Bali nightclub bombings in 2002, and the London bombings on July 7, 2005.

We found that more than half of the terrorists had attended college, making them as well-educated as the average American. Two of our sample had doctoral degrees, and two others had begun working toward their doctorates.

None of them had attended a madrassa.
Of course, large-scale insurgent groups such as ISIS and the Taliban recruit foot soldiers who join the cause to get a paycheck. But the people running these organizations are in it for ideological reasons.

The diagnosis that poverty, lack of education or lack of opportunities have much to do with terrorism requires a fundamentally optimistic view of human nature. This diagnosis leads to the prognosis that all we need to do to solve the terrorism problem is to create societies that are less poor, better educated and have more opportunities.

The fact is, working stiffs with few opportunities and scant education are generally too busy getting by to engage in revolutionary projects to remake society. And history, in fact, shows us that terrorism is generally a bourgeois endeavor. This was just as true of the Russian anarchists of the late 19th century as it was of the German Marxists of the Baader-Meinhof gang of the 1970s and of the Japanese terrorist group Aum Shinrikyo in the 1990s.

Post-9/11 research demonstrating that Islamist terrorism is mostly a pursuit of the middle class echoed an important study about Egyptian militants that was undertaken by the French academic Gilles Kepel during the mid-1980s.

Kepel researched the 300 Islamist militants who were tried in the wake of the 1981 assassination of Egyptian President Anwar Sadat. Around one in five were professionals such as engineers, a quarter worked as government employees, just under half were artisans or merchants, one in 10 were in the military or police, and only one in 10 were farmers or were unemployed. Of those who were students, around a third were studying in the elite fields of medicine and engineering.

Similarly, the Library of Congress issued a study two years before the 9/11 attacks that asked the question: "Who Becomes a Terrorist and Why?" The conclusion, based on a survey of all the published literature, was that there were only a few "major exceptions to the middle- and upper-class origins of terrorist groups."

There are, of course any number of exceptions to the prototypical middle-class terrorist. The terrorists who attacked Charlie Hebdo magazine in Paris last month and the Copenhagen café that was hosting the Swedish cartoonist Lars Vilks this past weekend were from the margins of society.

But for every example of poverty or lack of opportunities as a purported rationale for terrorism, it's easy to supply important counterexamples. The "underwear bomber" Umar Abdulmuttalab, who tried to set off a bomb on a U.S. passenger jet flying over Detroit on Christmas Day 2009, is the son of one of the richest men in Africa and attended University College London, which routinely rates among the best universities in the world.

Anwar al-Awlaki, the late leader of al Qaeda in the Arabian Peninsula, who tasked the underwear bomber to blow up an American plane over an American city, was studying for his Ph.D. at George Washington University before he took up arms with al Qaeda. Awlaki's father was a Cabinet minister in Yemen.

So if it's clearly not deprivation that is driving much Islamist terrorism, what is?
For that we must turn to ideology, specifically religious ideology. And this is where the Obama administration has to perform some pretzel logic. It is careful to explain that the war on ISIS is not a war on Islam and that ISIS' ideology is a perversion of the religion. Fair enough. But the administration seems uncomfortable with making the connection between Islamist terrorism and ultra-fundamentalist forms of Islam that are intolerant of other religions and of other Muslims who don't share their views to the letter.

ISIS may be a perversion of Islam, but Islamic it is, just as Christian beliefs about the sanctity of the unborn child explain why some Christian fundamentalists attack abortion clinics and doctors. But, of course, murderous Christian fundamentalists are not killing many thousands of civilians a year. More than 80% of the world's terrorist attacks take place in five Muslim-majority countries -- Afghanistan, Iraq, Nigeria, Pakistan and Syria -- and are largely carried out by groups with Islamist beliefs.

This week the United Nations released a report showing that civilian casualties in Afghanistan were at the highest level since the organization started counting them six years ago. The Taliban were responsible for three-quarters of these deaths.

The Taliban and other Islamist terrorist groups are not, of course, secular organizations. To treat them as if they were springs from some combination of wishful thinking, PC gone crazy and a failure to accept, in an increasingly secularized era, that some will kill in the name of their god, an all-too-common phenomenon across human history.

Indeed, while ISIS and like-minded groups and their fellow travelers are not representative of the vast majority of the world's Muslims, their ideology is rooted in Salafist ultra-fundamentalist interpretations of Islam, and indeed they can point to verses in the Quran that can be interpreted to support their worldview.

A well-known verse in the Quran commands Muslims to "fight and slay the nonbelievers wherever you find them, seize them, beleaguer them, and lie in wait for them in every stratagem [of war]." When bin Laden made a formal declaration of war against "the Jews and the Crusaders" in 1998, he cited this Quranic verse at the beginning of his declaration.

ISIS' distinctive black flags are a reference to a supposed saying of the Prophet Mohammed that "If you see the black banners coming from the direction of Khorasan then go to them, even if you have to crawl, because among them will be Allah's Caliph the Mahdi." In other words, coming out of Khorasan, an area that now encompasses Afghanistan, will come an army that includes the Mahdi, the Islamic savior of the world. The parent organization of ISIS was al Qaeda, which, of course, was headquartered in Afghanistan at the time of the 9/11 attacks.

Last year, ISIS leader Abu Bakr al-Baghdadi named himself caliph, which means that in his own mind and in the eyes of his followers he is not only the leader of ISIS but the overall leader of Muslims everywhere. These beliefs may seem like a crazy delusion to most of us, but it's important to understand that they are theological in nature, and this theology is rooted in ultra-fundamentalist Islam.

ISIS sees itself as the vanguard army that is bringing back true Islam to the world. This project is of such cosmic importance that they will break any number of eggs to make this omelet, which accounts for their murderous campaign against every ethnic group, religious group and nationality that they perceive as standing in their way. ISIS recruits also believe that we are in the end times, and they are best understood as members of an Islamist apocalyptic death cult.

What does that mean for policy makers? It means that the only truly effective challenges to this reasoning must come from Islamic leaders and scholars who can make the theological case that ISIS is an aberration. This, too, is an Islamic project; it is not a jobs project.