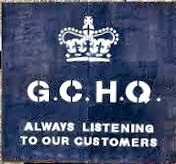 Britain’s security services have acknowledged they have the worldwide capability to bypass the growing use of encryption by internet companies by attacking the computers themselves.


The Home Office release of the innocuously sounding “draft equipment interference code of practice” on Friday put into the public domain the rules and safeguards surrounding the use of computer hacking outside the UK by the security services for the first time.

The publication of the draft code follows David Cameron’s speech last month in which he pledged to break into encryption and ensure there was no “safe space” for terrorists or serious criminals which could not be monitored online by the security services with a ministerial warrant, effectively spelling out how it might be done.
Privacy campaigners said the powers outlined in the draft guidance detail the powers of intelligence services to sweep up content of a computer or smartphone, listen to their phonecalls, track their locations or even switch on the microphones or cameras on mobile phones. The last would allow them to record conversations near the phone or laptop and snap pictures of anyone nearby.

The code spells this out by saying the new rules give the security services the power to use hacked computers to “enable and facilitate surveillance activity”.

Eric King of Privacy International, said: “They hack their way, remove and substitute your hardware and software and enable intelligence collection by turning on your webcams and mice and shipping the data back to GCHQ at Cheltenham.”

The security minister, James Brokenshire, said the draft code, which is subject to a six-week consultation ending on 20 March, details the safeguards applied to different surveillance techniques, including “computer network exploitation” to identify, track and disrupt the most sophisticated targets.

Computer network exploitation, or mass hacking, is a technique through which computer networks are used to infiltrate target computers’ networks in order to extract and gather intelligence data.

It enables intelligence services to penetrate and collect any sensitive or confidential data which is typically kept hidden and protected from the public. It may also be used to bypass the end-to-end encryption increasingly used by the US internet companies to protect their customers’ communications in the aftermath of the Snowden disclosures of bulk internet surveillance. End-to-end encryption secures messages by ensuring that only the recipient of a message can decode it: not any of the supplying companies computers’ in between.

The publication for the first time of the legal codes of practice under the Regulation of Investigatory Powers Act 2000 surrounding “equipment interference” was timed to coincide with the landmark ruling that GCHQ had been operating a bulk intelligence sharing operation with the Americans within an unlawful framework for the past seven years.

That ruling by the investigatory powers tribunal required the internal GCHQ rules and safeguards to be made public surrounding their receipt of the bulk collection of British citizens’ personal data by the American National Security Agency.

Privacy campaigners say the powers outlined in the draft code were more intrusive than intercepting the content of phone calls or emails or scooping up communications data, because they included sweeping up files and material on the computer that had never been shared with anybody else.

The powers in the draft code at 7.11 also appear to give the security services wide-ranging powers to “self-authorise” or give “internal approval” for particular operations once they have the authorisation of a secretary of state for a “broad class of operations”. This would mean that, unlike an operation to put a bug a particular house, they would not necessarily need a specific warrant to do the same thing by hacking a computer.

Carly Nyst, legal director of Privacy International, said they believed any steps that made the security services more transparent about and accountable for their surveillance activities should be welcomed.

She said: “However, GCHQ cannot legitimise their unlawful activities simply by publishing codes of conduct with no legislative force. In particular, the use by intelligence agencies of hacking – an incredibly invasive and intrusive form of surveillance – cannot be snuck in by the back door through the introduction of a code of conduct that has undergone neither parliamentary nor judicial scrutiny. It is surely no mistake that this code of conduct comes only days before GCHQ is due to argue the lawfulness of its hacking activities in court.”

But the Home Office security minister said that terrorists and paedophiles were increasingly sophisticated in their use of technology and in their efforts to evade detection.

“The abilities to read or listen to a suspect’s communications or to interfere with his or her computer equipment are amongst the most important, sensitive, and closely scrutinised powers available to the state,” said Brokenshire.

He added: “It is vital that the police and their partners in the security and intelligence agencies are able to stop them. There are limits on what can be said in public about this work. But it is imperative that the government is as open as it can be about these capabilities and how they are used.”

He said the revised and updated codes provided more information than ever before on the safeguards, including in the use of computer network exploitation, and other techniques to “identify, track and disrupt the most sophisticated targets”.

The Home Office also published an updated and revised code of practice surrounding the interception of communications, including details of the rules. There were also stronger safeguards surrounding the security services’ interception of the most sensitive communications, including between lawyers and their clients, doctors and patients and journalists and sources. These are generally protected by laws of confidentiality.

It is thought that these previously secret rules have been put into the public domain for the first time in anticipation of two further rulings challenging the lawfulness of security services’ activity later this year.

In the first ruling expected next month the IPT will rule on whether the intelligence services have routinely intercepting legally privileged communications in sensitive security cases without adequate safeguards. The case involves two Libyans, Abdel-Hakim Belhaj and Sami al-Saadi and their families after they were abducted in a joint MI6-CIA operation and sent back to be tortured by Colonel Muammar Gaddafi’s regime in 2004.

The second ruling follows a legal claim brought by Privacy International demanding an end to the use of computer hacking tools by GCHQ and the NSA. They claim they have used the hacking tools disclosed by the whistleblower Edward Snowden to infect potentially millions of computers and mobile devices around the world with malicious software to surreptitiously conduct a new dimension of surveillance.