Four persons were said to have been killed in Kupa Abugi community in Lokoja local government area of Kogi State following an attack by Fulani herdsmen.

Sunday Vanguard gathered that the community and the herdsmen have been having a lingering issue since November last year following the killing of a young man who was sent on an errand by the Fulani herdsmen.

The youths in the area angered by the killing of their colleague were said to have attacked the Fulani settlement leading to the death of one person.

After the incident, the leader of the Fulani herdsmen convened a peace meeting with the traditional ruler of the community where they agreed to sheath their sword.

The source said that despite the peace meeting, the herdsmen continued to carry out attacks on the people culminating in yesterday’s attack which left four persons dead and many houses burnt, while property worth millions of naira were also destroyed.

He said security men had been drafted to the area and that normalcy had since return, adding that the command was holding a peace meeting with aggrieved parties to find amicable resolution to the crisis. 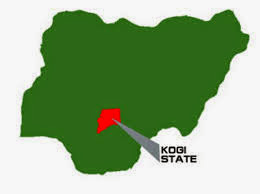