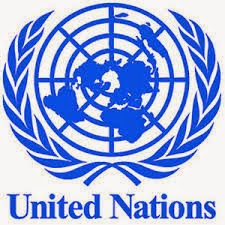 The United Nations (UN) Security Council, yesterday, said perpetrators and financiers of Boko Haram attacks must be brought to book in accordance with international law and relevant Security Council resolutions.


The organisation, which condemned the recent escalation in attacks perpetrated by the group in Borno, Yobe and in the Lake Chad Basin region, reaffirmed “that terrorism in all its forms and manifestations is criminal and unjustifiable, regardless of its motivation, wherever, whenever and by whomsoever committed.”

The UN, in a statement made available toNewswatch Times in Abuja, said terrorism should not be associated with any religion, nationality, civilisation or ethnic group.

“The Security Council underlines the need to bring perpetrators, organisers, financiers and sponsors of these reprehensible acts of terrorism to justice in accordance with international law and relevant Security Council resolutions.

“The Security Council condemns in the strongest terms the most recent escalation in attacks perpetrated by Boko Haram, in particular, the 10 and 11 January 2015 suicide bombings in Maiduguri, Borno State, and Potiskum, Yobe State, reportedly involving children coerced by Boko Haram to act as suicide bombers; the 3-7 January 2015 attacks in Baga, Borno State, which resulted in the massive destruction of civilian homes and significant civilian casualties, as well as the increasing attacks in the Lake Chad Basin region along Nigeria’s borders with Chad and Cameroon and in the northern provinces of Cameroon,” it said.

It also expressed its concern at the scale of the growing humanitarian crisis caused by the activities of Boko Haram, which has resulted in the large scale displacement of Nigerians within the country and into neighbouring Cameroon, Chad and Niger.

“The Security Council, in this regard, commends the support provided to the refugees by the governments of the said countries, including with the assistance of humanitarian actors and relevant United Nations entities, and calls on the international community to provide its support in areas which require urgent attention.

“The Security Council expresses deep concern that the activities of Boko Haram are undermining the peace and stability of the West and Central African region,” it stated.

The UN said it welcomes plans for a regional meeting in Niamey, Niger, on 20 January 2015 to discuss the regional response to the threat posed by Boko Haram.

“The Security Council urges the LCBC Member States and Benin to undertake further planning toward the sustainable, viable and effective operationalisation of the Multinational Joint Task Force. The Security Council, in this regard, urges them to identify the means and modalities of the envisaged deployment, especially in the areas of intelligence sharing and joint operations.

“The Security Council underlines that all operations of the Multinational Joint Task Force must be conducted in full compliance with international law, including international humanitarian law and human rights law. The Security Council takes note of the Communiqué of the Government of Chad, issued on 14 January 2015, which pledged active support in the fight against Boko Haram.

“The Security Council welcomes the vote by the National Assembly of Chad on 16 January 2015, which authorized Chadian armed troops and security forces to assist Cameroonian and Nigerian soldiers in the fight against Boko Haram terrorists,” it added.

It, however, condemned and deplored all abuses of human rights and violations of international humanitarian law by the terrorist group, Boko Haram, since 2009, including those involving violence against civilian populations, especially women and children.