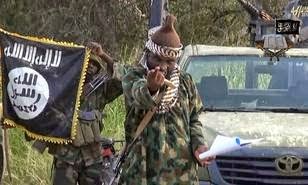 Boko Haram leader Abubakar Shekau claimed responsibility for the attack on the town of Baga, in northeastern Nigeria, earlier this month that killed thousands of people.
The new video released Tuesday reportedly shows a man purporting to be the leader of one of the world's most violent Islamist extremist groups.

Shekau reportedly says in the video that the people were killed “as our Lord instructed us” and threatened more attacks in the country. The video also reportedly shows several weapons seized by the group from a military base in the neighboring town of Doron Baga, and Shekau claiming that they are "enough to annihilate Nigeria." Authorities are yet to confirm the authenticity of the video, butreports said that it resembled the style used by Boko Haram in the past.

"We are the ones that carried out the attack and it is just the tip of the iceberg," Shekau says, in the video, according to Reuters. "There are more coming."

The militant group attacked Baga, in Borno State, which is nicknamed “Home of Peace,” killing as many as 2,000 civilians, according to Amnesty International. However, the Nigerian military claimed that the death toll was 150. Boko Haram, which the U.S. designated as a terrorist group in 2010, has taken control of Baga and a key military base.

Amnesty International released satellite images showing the widespread destruction in Baga and Doron Baga, with nearly 3,700 homes and businesses destroyed in the attack. Witnesses reportedly described the damage as “catastrophic,” while the rights group said the attack was the deadliest by the group, which has been fighting an insurgency in the country's north since 2009.