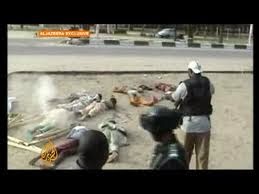 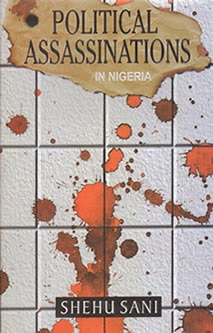 The is no gainsaying the fact that Nigeria is awash with unresolved criminal infractions and frivolous acquittal of high profile suspects. This tendency casts aspersions on Nigeria's Security agencies and the Judiciary whether or not they are directly complicit. According to Lord Hewart (1870-1943), 'justice should not only be done, but should manifestly and undoubtedly be seen to be done'. In the words of Martin Luther King, 'injustice anywhere is a threat to justice everywhere.  It is a crime to allow an innocent person to rot in jail while the guilty waltz free.
It beggars belief that judges in Nigeria still take notes in long hand while their counterparts in other climes use state-of-the-art gadgets to record court proceedings.

In the light of this, we need to take a cue from a few countries that are light years ahead of us in crime fighting. The United States Federal Bureau of Investigation (FBI) is said to keep a National Crime Information Centre (NCIC). The NCIC maintains a computerized index of Criminal justice information encompassing criminal record history information, fugitives, stolen properties, missing persons amongst others. The NCIC database is available in REAL TIME (computer systems that update information at the same rate they receive information) to federal, state and local law enforcement and other criminal justice agencies. It is also operational 24 hours a day, 365 days a year. All information in the database is protected from unauthorized access through appropriate administrative, physical and technical safeguards such as alarm devices, passwords and encrypting data. Similarly the United States department of justice coordinates a searchable National Sex Offenders Public Website (NSOPW).
On their own, the United Kingdom maintains a National DNA Database (NDNAD) and also a Violent and Sex Offenders Register (ViSOR). The UK’s sex offender disclosure scheme allows parents, Carers and guardians to formally ask the police to tell them if someone has a record for child sexual offences.
A while ago, police in Birmingham, West midlands, United Kingdom did a trial run of a high-tech mobile fingerprint scanner named ‘’MobileID’’ which allows law enforcement agents to obtain the fingerprint of a suspect on the street in seconds. The pocket-sized gadget is linked via satellite to UK’s National Fingerprint Database and instantly alerts officers if a scanned fingerprint belongs to a convicted criminal. The concerns of Right groups and individuals are assuaged because this device is only used to scrutinize prints against the National Database and does not permanently store scanned images.
Advances in Information and Communication Technology (ICT) have revolutionized the concept of law enforcement. In most advanced countries, rather than brandishing archaic Ak47 rifles, it is common to see Police officers armed with Palmtops, Tablet PC’s, and latest telecommunication gadgets on their beats with which they relay information to their respective offices in real time.

With advances in military technology-Kevlar, airborne lasers, antimatter weapons, case-less ammunitions, electromagnetic weapons, and particle beam weapons, I cringe each time I see our Police officers struggling to move swiftly with their ‘’heavyweight’’ bullet proof vests.
The illustrations from the aforementioned countries are highlighted to buttress what the construct of crime fighting should be in the 21st century. The aforementioned countries should be our benchmark. This is not to say they don't have their challenges. Thanks to Edward Snowden, the world now appreciates the sophistication of the American intelligence and Law enforcement establishments.

Nigerian law enforcement officers reportedly do well when they go for foreign operations but are incessantly found wanting when they operate within the shores of Nigeria. It goes within saying that environment plays a role. The Police are a microcosm of the larger society, no wonder they are not divorced from the unprecedented corruption, culture of impunity, inefficiency inherent in the larger Nigerian system.

Rather than chasing shadows, buck-passing, and a gung-ho kneejerk approach to crime fighting, Nigeria’s law enforcement authorities must be more proactive and less reactionary. Our Law enforcement agencies must raise their game; adequate funding, provision of state-of-the-art gadgets, ongoing training and re-training will help them discharge their constitutional duties. Nigeria's legal system must be revamped to make room for speedy trials. Until this is done, innocent people will continue to wallow behind bars while the guilty will be out there dishing their trade with impunity.