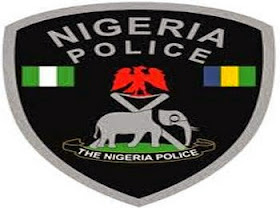 The Inspector General of Police, Suleiman Abba, on Thursday, directed all commissioners of police to ensure the adequate screening of vigilante groups across Nigeria.


A statement by the police spokesperson, Emmanuel Ojukwu, said this was aimed at ensuring that the groups abide by relevant regulations and avoid any form of abuse.

He noted that Mr. Abba instructed that an officer be appointed in all the police state commands in Nigeria to oversee the activities of the vigilante groups and deliver regular reports on them.

The directive comes about 24 hours after over 70 Boko Haram members were killed by some local hunters in Maiha Local Government area of Adamawa State.

Maiha fell into the hands of Boko Haram insurgents after a fierce battle with the Nigerian troops on Monday.
However, the local hunters ambushed the insurgents and killed them in their dozens.

The insurgents have taken over many towns and villages in Adamawa State, including Madagali, Michika, Mubi North, Mubi South and many others.

Mr. Ojukwu said a warning was also issued by the IGP, against the use of thugs by politicians, stating that both thugs and sponsors would be arrested and prosecuted.

He said the directive became imperative to ensure a the forthcoming general elections were free of violence.